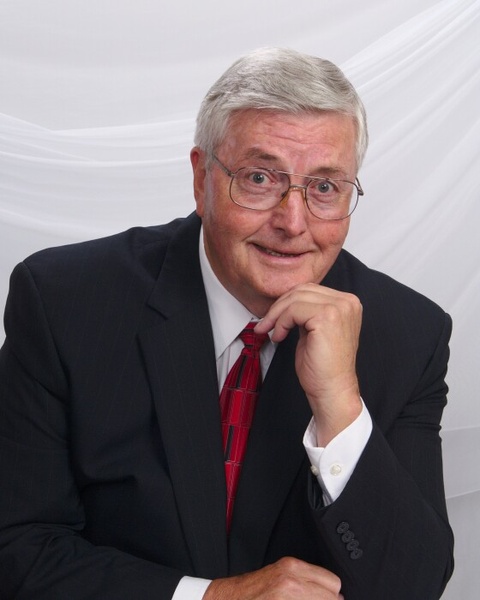 Golden Grant Roper was born September 4, 1933, in Bingham Utah (now part of Kennecott copper mine) to George Russell Roper and Chlowie Leora Anderson.   As a baby his family moved via horse drawn wagon to Bluebell Utah, then to Trenton Utah where he started school.   From Trenton his family moved to Topance Idaho where he and his younger brother Connard slept in a dugout cellar next to the home.   His father then went to work for the Union Pacific Railroad, and they moved to Pocatello Idaho.  While going to school in Pocatello, he was bullied and would leave for school but instead of going to school would go to the park and play all day.  At the beginning of his freshman year Golden moved to Chesterfield Idaho where he lived with his sister Avadna and brother-in-law Mike Shipley.

Golden attended North Gem High School in Bancroft Idaho, where he met a beautiful black haired young lady who he started dating, attended Junior and Senior Prom with her, and then married (Shirlee Petersen).  On May 23, 1952, Golden and Shirlee graduated from High School (also Shirlee’s birthday), and he proposed.   They were married July 28, 1952, in the Logan Utah Temple and started a wonderful family.

Golden was unable to serve as a missionary for the Church of Jesus Christ of Latter-day-saints as there were only allowed a limited number of members from the stake during the Korean War. During the war whenever his draft number came up to be called, someone else volunteered which allowed Golden to continue working and raising a family.

After Golden and Shirlee were married, they went to Pocatello where Golden attended Idaho State University until his father-in-law, J. Francis ‘France’ Petersen asked him to come help him on the farm in Bancroft.   While living in Bancroft their first son Grant Francis was born followed by their son Tab Russell.   In 1960 Golden moved his family to Logan Utah where he started school at Utah State University to become a manufacturing engineer.  During their time in Logan, they added a daughter Roxie LeGay to the family.

During their years in Logan, Golden served in numerous church callings including serving in the Bishopric and to support his family worked at Stettlar Construction.  Because of his skills in construction and church worthiness he was asked to repair earthquake damage on the Logan Temple.   Between his Junior and Senior year, Golden spent the summer working in Rochester New York as an intern with IBM.

Upon graduation in 1965, Golden moved his family to Soda Springs Idaho where he was the plant engineer for the Monsanto phosphate plant.  Then in 1966 he went to work for IBM and moved this family to Longmont Colorado.  In Longmont they added a third son, Thomas Craig.  Golden served as a Branch President (oversaw the building of the Longmont chapel), High Counselor, District Mission President, Stake Executive Secretary, and Counselor in the Denver Colorado Mission.

In 1976 IBM transferred Golden to San Jose, California where he worked until 1979 when he was transferred to Tucson Arizona.   His church service continued, serving in the High Council in California and Arizona, and while in Arizona he spent a great deal of time with the Boy Scouting program including being awarded the Silver Buffalo.  Some of his most spiritual experiences occurred while serving as a Bishop in Tucson and then as the first Transient Bishop for the Church of Jesus Christ of Latter-day-saints.

In 1988 IBM made changes that eliminated the projects he was working on and because of his outstanding performance gave him options of where he would work.   Golden looked at the various options and based on what was best for his family transferred to IBM in Rochester Minnesota where he worked until his retirement in 1993.   During his 30 years at IBM Golden traveled the world going to Singapore, Sweden, Japan, Germany, England, Denmark, Norway, and many other places.

After his retirement from IBM Golden and his family moved to Layton Utah to be closer to family and a Temple.   He still wasn’t ready to completely retire and went to work for Parvis for a time and then to Chromalox in Ogden where he worked until 1999 when he again retired.

Golden and Shirlee loved to travel and visited every state together, except Alaska where he went on a boy’s trip with his son and grandson fishing.   They loved traveling to visit family and whenever there was a special event (especially baptisms and ordinations) they were there ‘no matter what.’

Golden was committed to his family and his savior.  He was an example to many for his generous service.   There are many who have been touched either by his spiritual support or his hands on ability to work.  We don’t know how many yards of cement have been poured for others, but it is many.  More importantly is his greatest desire was to give faith and hope to others especially his family.

Golden passed away on Sunday, January 23, 2022, from complications after appendectomy surgery.

Following the service interment will be held at 3:00 p.m. at the Bancroft Idaho cemetery.

In lieu of the high rate of COVID infections and current crisis of care standards now in Utah and Idaho, the family encourages everyone attending to wear a mask to protect the health and safety of each other.

We want to thank all those that have been of service to our husband and father.   His greatest wish is that each of you will have faith and hope in our Lord Jesus Christ showing love and kindness to each and every one you come in contact, no matter their circumstances.

Here is the link to view the funeral service on zoom.

To order memorial trees or send flowers to the family in memory of Golden Roper, please visit our flower store.