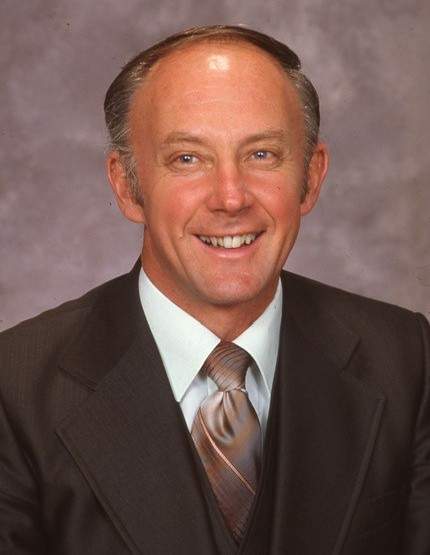 Glen H. Lambson passed away on December 9, 2021, at home of natural causes. He lived to the ripe old age of 90. He was born on March 18, 1931, in Springville to Ray M. Lambson and Melba Hindmarsh. The family later moved to Provo where he grew up. His schooling was provided by the Provo School District. He attended Timpanogos and Franklin Elementaries, Dixon Jr. High and Provo High, graduating in 1949. He attended BYU for one year before being drafted into the US Army. He did basic training in San Luis Obispo, California Signal Corps training center. He was then deployed to the Far East Command, and he served in Korea for the rest of his recruitment.

After the army life he  served a mission to the Central States, following which he trained for and became an x-ray technician at the Utah Valley Hospital, and later at St. Marks hospital. He met his sweetheart, Joyce Marie Hess who was a nurse at Utah Valley Hospital. They dated and were married in August 1957. He attended BYU,  graduating in 1960 with a major in Biology.

He was employed by Davis Co. School District. He taught 7th grade science at Kaysville Jr. High for 27 years. He was employed seasonally with the US Forest Service on the Davis and Salt Lake districts. He worked on the fire crew and maintenance crew and was Smokey Bear.

He is a member of The Church of Jesus Christ of Latter-day Saints. He served in many callings, including home teacher, gospel doctrine teacher, stake high councilor, counselor in the bishopric, Bishop, and Scout Master. He and Joyce served as missionaries in the Atlanta Georgia Temple and ordinance workers in the Bountiful Temple. He loves the Lord and is grateful to have a testimony of the restoration.

He had many interests that kept life fun; mainly fishing. Camping at Spirit Lake in the Uintah’s with the family was a favorite activity. He also enjoyed hiking Mt. Timpanogos, and crossed the Grand Canyon twice. He loved astronomy and star parties.  He enjoyed nature, painting, reading and gardening. He liked to watch sport events; his favorite was track and field. He enjoyed running, participating in many 5K and 10K races. He ran the St. George marathon twice.

Glen is survived by his wife, Joyce; his children Cort (Penny) Lambson, Jill (Kay) Richins, Janeen (Danny) Hamel, and Joye Marie (Tim) Leishman. They have 23 grandchildren and 15 great grandchildren. He is preceded in death by his parents, and sister Carma Nuttall.

Funeral services will be held Saturday, December 18, 2021, at 11:00 a.m. at Farmington North Stake Center, 729 Shepard Ln. Farmington, Utah. Friends may visit  from 9:00 to 10:30 a.m. at the church.  Services will be live streamed and will be available by scrolling to the bottom of his obituary page.

Interment will be in the Farmington City Cemetery.

In lieu of flowers donate to the Church of Jesus Christ of Latter-day Saints humanitarian fund or a favorite charity.

To order memorial trees or send flowers to the family in memory of Glen Lambson, please visit our flower store.