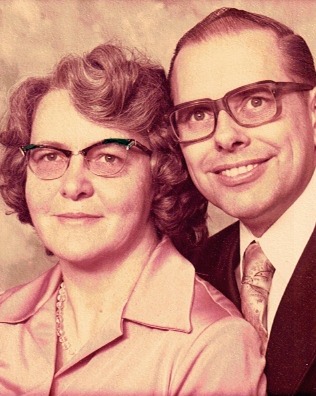 Glen Clare Havens, 92, passed away at the South Ogden Post-Acute on December 26, 2022 after battling just over 10 months of Dementia/Alzheimer, over 5 years of kidney failure, and over 12 years of heart disease. He was born on March 20, 1930 in Salt Lake City, Utah to Clare Carlyle Havens and Verba Ellen Allred. As a young child his parents moved to Flint, Michigan where he lived for several years; he also lived in Coeur d’Alene, Idaho where his dad was stationed during WWII in the Navy. After his Dad’s military service ended, his parents moved to Ogden, Utah. Where Glen graduated from Ogden High School, while attending school, he met his sweetheart, Betty Jean Gibbons. The first time he saw here at Ogden High School, he said to himself that is who he was going to marry. They were married on March 16, 1949 in the Salt Lake LDS Temple. Glen worked for the Southern Pacific Railroad, after their fourth child they moved to Washington Terrace, Utah and lived there for the rest of their lives. When their youngest child was almost two years old, he started to attend Weber State College and graduated in accounting. After 18 years of working for the Southern Pacific Railroad, he went to work as a civilian at HAFB as an accountant for the next 32 years, when he then retired.

We want to especially express our thanks to all the doctors at McKay Dee Hospital and Intermountain South Ogden Clinic that took care of him, along with the physical therapist at the South Ogden Post-Acute that took good care of him and also a few of the staff that help keep him spiritually in tune with the gospel as he taught us to live our entire life. It was very hard for Charles and Paul to have to admit Glen into a nursing home for almost the last two months of his life. They didn’t want to, but they had to admit him because of his worsening Dementia.

Private graveside services will be held on Wednesday, January 4, 2023 for family and relatives only because of COVID19. Friends may visit with family on Tuesday from 6 to 8 p.m. at Lindquist’s Ogden Mortuary, 3408 Washington Blvd. Interment, Lindquist’s Washington Heights Memorial Park, 4500 Washington Blvd.

To order memorial trees or send flowers to the family in memory of Glen Clare Havens, please visit our flower store.