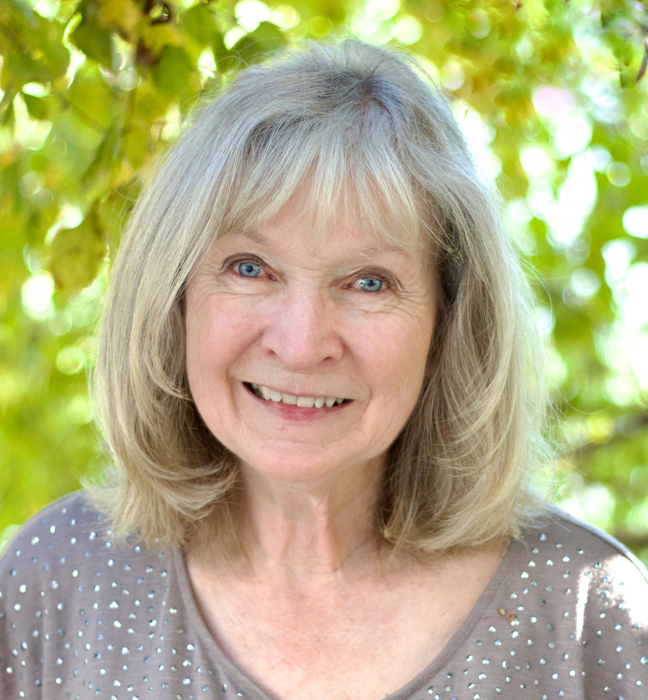 Gerry was born with the gift of loving and caring for little children. I suppose that nurturing role comes naturally when you’re the oldest of seven. When Gerry was still a child herself, she dreamt of growing up and “passing out cookies to little ones.” Baking and painting sugar cookies became a tradition that began from when she was a new mother that carried on with her grandchildren, and even into her last months of her cancer journey. She certainly saw her dreams come true. She took that dream and made it even bigger and better: Married at age 17 to Verl “Jim” Trickett (who was only 18 himself); they ventured to start a family together. They were blessed with 9 (really awesome) children who all felt they were the favorite. Being married to a Marine, Gerry was often left with the responsibility of raising the children in his absence, especially in those first years. But they made it a point to raise their children up in the gospel of The Church of Jesus Christ of Latter-day Saints. Gerry served faithfully not only in the church, but as a wife and mother to her family, and extended her love to the children that she looked after in her Home Day Care she provided for 40 years. She remembers and loves each child that ever came into her care and was still in contact with many of them even after they were grown. Her sister Cherie said it best, “It takes a village to raise a child, but Gerry raised a village.”

It wasn’t easy constantly moving during Jim’s time in the Marine Corps, but Heavenly Father knew that if anyone could not only survive it, but embrace it, it would be Gerry. Gerry’s fun personality made it easy for her to make and keep friends from all around the U.S. Of all the places she lived, her favorite was anywhere her family was. Jim and Gerry moved back to their home state of Utah after Jim retired from the Marine Corps.

Gerry was very good at combining all that she loved: her children, grandchildren, the outdoors, and parties. All year long, especially around any holiday, she would host fun themed parties for her grandchildren and day care kids. They never disappointed. Gerry was in her element when planning parties. Her creative and artistic abilities also played a large role in her party planning. Once her grandkids were old enough, she started “Grandma Camp” alongside her sister Cherie. Twice every summer, Gerry and Cherie would reserve a campsite and plan an extravagant weekend with their grandkids. There was always a theme, crafts, tubing, games, a tea party, good food, lots of laughter, and bonds between cousins growing stronger. Family time was of the utmost importance to Gerry.

Gerry viewed life as a “Grand Adventure.” She was always very active and loved the outdoors. She ran lots of 5k races, many of which were completed in her 60’s. She loved hiking and did many backpacking trips with her brother Harold. Gerry also made it back to Disneyland as much as life would allow. A kid at heart, Gerry always found the magic that could only be found when one was actively searching for it. She could turn sad days into happy ones, and hard times into learning opportunities.

The legacy that Gerry has left behind extends far beyond any number of words that can fit onto one page; but she will always be remembered as kind, nurturing, silly, fun, adventurous, faithful, strong, an incredible wife and mother, sister, daughter, grandma, friend, and a blessing to many hearts. She will always be missed, but never forgotten.

To order memorial trees or send flowers to the family in memory of Geraldine Trickett, please visit our flower store.