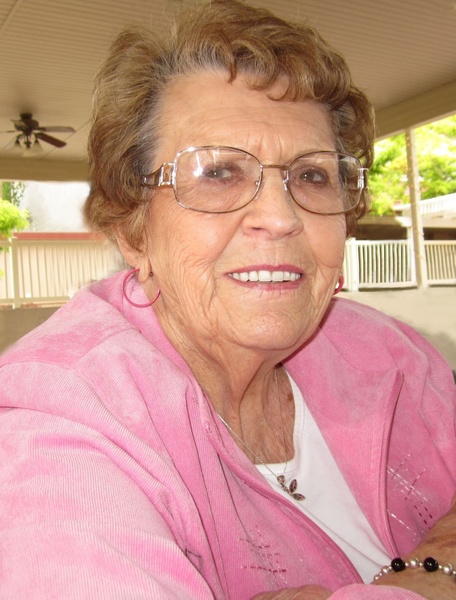 Geraldine “Jeri” Lucille Bradshaw Sorensen Conolly, our mother, of North Ogden, passed away May 19, 2022, with her family by her side. Jeri was born June 17, 1932 in Ogden, Utah to the late Lavon Bradshaw and Walter Bradshaw. She attended Ogden High School.

Mom married Charles F. Sorensen in November 1949 both at the ripe old age of 17. The same Physician who delivered Mom, at the old McKay Dee Hospital in 1932, delivered her first child Craig, in 1951 at the old McKay-Dee Hospital in Ogden, Utah. Mom and Dad then moved to California later in 1951. Together they had six children, Craig, Voni Arciaga Devries, Karen Gerhardt, Ted, Kevin, Forrest “Frosty”.

Jeri received a Master’s Degree in Child Bearing in 1960, from the School of Fertility, when she delivered her sixth child in nine years. They moved to California in 1951 and lived in Gardena, and Palmdale, before moving to Spokane Washington in 1959. After 1 1/ 2 years they moved to North Ogden. They lived there till 1965 then moved to New York City for six months and then to Hicksville, New York on Long Island dragging the six kids in tow. Mom used to say “they named it Hicksville when they found out we were coming”. They pulled up roots again and moved back to North Ogden in 1968. Mom and Dad later divorced in 1971. Mom lived in the North Ogden/Harrisville area till her passing.

Mom married Jack C Conolly in 1972. She loved him very very much most of the time. Jack became a great stepfather for Kevin and Frosty. Mom felt a great deal of satisfaction with Jack’s loving relationship to the kids and to all of the grandkids.

Mom and Jack belonged to the Eagles and had a wonderful camp spot for their trailer at the Eagles campground in South Fork east of Huntsville, UT. They spent a great deal of time up at the trailer during the summer. Jack and Mom had a timeshare and loved to travel. They spent many winters in their 5th wheel trailer going to Yuma. They always had a blast everywhere they went.

Mom was an avid reader, with a book always nearby. She loved to go dancing, and also loved to square dance. She loved toll painting, needlepoint, crocheting, knitting, and especially loved to make quilts.  Mom loved to gamble, and to ride the Fun Bus to Wendover with her partners in crime Margene Bryan, Vicky Laramie, and many other friends. She would seldom take more than $20 and play nothing but penny slots. Mostly she loved the dinner and the social event that went with the trip.

She loved her dogs and cats that she kept over the years, and especially after she installed a doggy door at her home.

In 1980 she received an honorary PHD in parenting when it was discovered that all six of her children had graduated from high school and none had been in prison.

She did facebook and email and took care of all her accounting online up through 88 years old, then she figured out how to supervise! She should have been in upper management!

We loved her very much as she loved her family. She had a very special relationship with her granddaughter, Dancee Sorensen. They could talk about anything for hours and they loved each other dearly.

We all teased mom a lot and she had a fantastic sense of humor and a wonderful laugh, but she had her limits. Jeri retired after a career with the IRS, then worked at SCI with her son for a short time. The majority of her years have been spent raising and loving six wonderful children.

Our family would like to thank the Quail Meadows Assisted Living and the AFI Hospice team for taking care of our Mom for much of the last year.

Funeral services will be held on Tuesday, May 24, 2022 at 11 a.m. at Lindquist’s North Ogden Mortuary, 2140 N. Washington Blvd. Friends may visit with family on Monday from 6 to 8 p.m. at the mortuary. Interment, Ben Lomond Cemetery, North Ogden.

Services will be live-streamed and available by scrolling to the bottom of Jeri's obituary page at: www.lindquistmortuary.com, where condolences may also be shared.