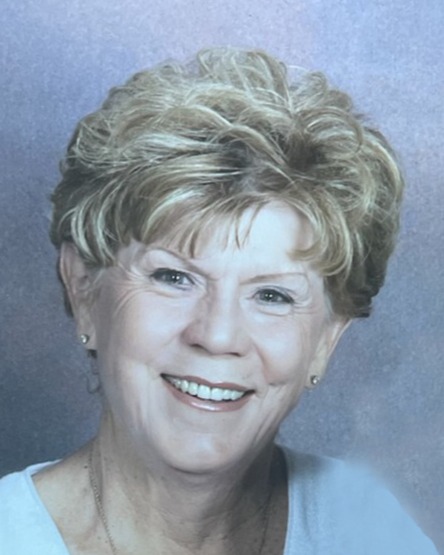 Our beloved mother, grandmother, and friend, Geri A. Anderson, passed away peacefully December 13, 2022 at her St. George home with family at her side. She would have turned 92 on December 16, 2022. She has now been reunited with her husband of 65 years, Blaine Collins Andersen, who preceded her in death on May 29, 2015.

Raised as an only child, Geri was born Geraldine Rose Allred on December 16, 1930 to James Norman and Agnes Tuttle Allred in Ogden.

After graduating from High School, she met and married her sweetheart, Blaine on July 12, 1949.  They raised three children together, Patti, Steven, and Susan. Geri was a devoted homemaker. She served as President of the business her husband ran successfully for many years, but most of her efforts were spent in the walls of her own home.

Geri was a member of The Church of Jesus Christ of Latter-day Saints and served devotedly in many callings. Most recently she enjoyed serving as a counselor in her branch Relief Society in St. George. She was well known for her talent in decorating for any and all occasions.

She and Blaine enjoyed golfing together and traveling to play new golf courses. They loved to visit their grandchildren and watch them in participate in their various activities.

Geri’s hobbies included cross-stitching. She created many gifts for her children and grandchildren which are cherished items in each home. She was an amazing seamstress and sewed many of her children’s clothes and costumes in their youth. She enjoyed making crafts of all kinds and was well known for her bows.

She will be remembered mostly for the many hundreds of hours of service that she performed daily, up until the month before her death. She had many wonderful friends who she loved and who were the recipients of her love and caring.  She loved living in Sun River in St George, the last 22 years of her life.

Geri is survived by her children, Patti A. (Randy) Thompson, Meridian, ID; Steven B. (Bethanne) Andersen, Ivins, UT; and Susan A. (Jerry) Yeaton, St. George, UT; twelve grandchildren, and 23 great-grandchildren. She is also survived by her half-brother, Michael Allred, Farmington, UT. In addition to her husband, Geri was preceded in death by her parents and by a granddaughter, Carlie Jensen.

The family would also like to thank the staff of McMillan Mortuary in St. George, and of Zion’s Way Hospice and Dr. William Esplin for their kind and professional care.

To order memorial trees or send flowers to the family in memory of Geraldine "Geri" A Andersen, please visit our flower store.