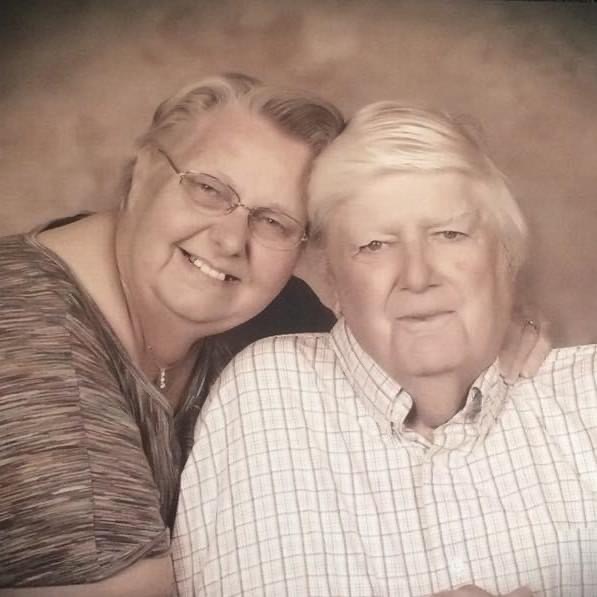 Jerry, our greatest storyteller, peacefully departed this world on April 12th, 2022. How can we sum up 84 years and 24 days in one obit? We can't. Good thing he spent the last 5 years writing down his memories for us to read.

Born in Richmond, California on March 19th in the year 1938, he was the eldest child of a Portuguese immigrant and a daughter of Utah Pioneers, Joseph Melvin and Beatrice June (Bradeson) Beraz. When asked about his youth, we’d hear stories about how he walked to school, barefoot, in the snow, uphill both ways. We think the stories about his high school track and field accolades were true, though.

After school he joined the United States Air Force, reaching the rank of Second Lieutenant. He traveled the world, saw many things, and could talk your ear off about those things for as long as you were willing to listen. Following his time in the service, he heard the call of the road and felt diesel fuel in his veins with commercial driving. He “hauled loads” all over this great country that he loved, eventually settling into a career as a Greyhound Bus driver where he spent more than 25 years. He very much enjoyed talking with the riders as he drove. It didn’t matter if he had taken you on many bus tours or if he were meeting you for the first time, he was comfortable conversing with everyone just like old friends.

He married his first wife, Peggy Yvonne Alton, on September 2, 1961. They had three daughters, whom he loves very much. He met his second wife while driving the Greyhound bus in Lake Tahoe, California. He married Vivian Helene Alpers on September 17th, 1971. They were sealed to each other in the Oakland temple of The Church of Jesus Christ of Latter-day Saints on June 9, 1973. With Vivian he lovingly went on to father six more children – two sons and four more daughters. Given his brood of nine, he rarely stopped working.

When he wasn’t driving a bus or a truck, he enjoyed being outdoors. Fishing, hunting and backpacking with his brother Tom and his brother-in-law Carl were always a good time. Our family's favorite memories are camping in Yosemite National Park, his favorite place. Whenever he entered the valley, he was instantly taken back to being a kid, to when his parents took him as a child. He instilled that love of the outdoors in his children.

Jerry and Vivian celebrated their 50th wedding anniversary this past September. On his 84th birthday last month, he mused on how he reached the oldest age of any of his family.

He was preceded in death by quite a few of his family, most recently by a grandson, Ethan Meyer Beraz, of Modesto, CA aged 19 and one of his sons, Joseph Anton Beraz of Layton, UT aged 39. We have faith they met once more beyond the veil. He is survived by his wife, Vivian, a younger sister, Jo Ann (Michael) of Herriman UT, and his children - “the ones I know about,” he would say: Pamela, Kimberley (Phil), & Debra (Dale) of Modesto CA; Victoria (Jody) & Gerald “Jay” (Kellie) of St. George, UT; and Elisabeth, Kathleen (David), and AnnaMarie of Clearfield, UT. He has 20-something grandchildren & 8.5ish great-grandchildren along with all the beloved nieces and nephews

An intimate graveside service and viewing will be held Monday 18, 2022 by invitation only, please contact Vivian for more information.

In lieu of flowers, the family has asked for donations to help offset the cost of the services and burial. Donations can be made directly to Vivian, or via their fundraising link below.

Memories and Condolences may be shared at www.lindquistmortuary.com

To order memorial trees or send flowers to the family in memory of Gerald Lue Beraz, please visit our flower store.