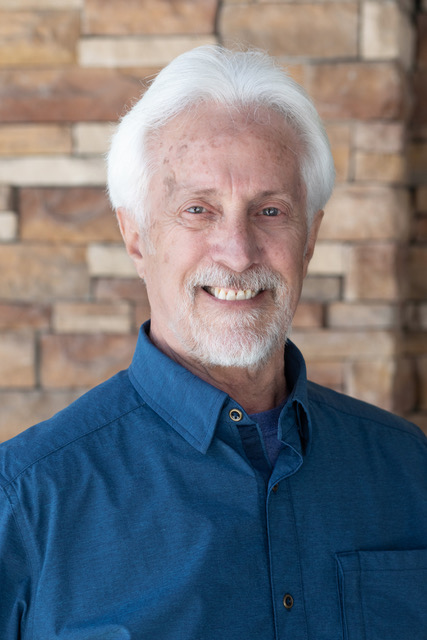 Perry, Utah – The most kind, generous, and loving man we knew, George Stuart Benford, III passed away on Wednesday, October 13, 2021.  While George’s passing was sudden, it was not without 100% dedication and commitment to fight for life.  He treasured every moment of his time here, always grateful to God for all of his many blessings.

George was born on February 17, 1952 in Santa Maria, California to George and Dorothy Benford.  He graduated from Ben Lomond High School.  Following graduation, he proudly served in the United States Navy (SEALS) for 8 years.  He was a two-tour Viet Nam veteran.  George held degrees in Mechanical Engineering Technology, Electrical Engineering, and Civil Engineering.  He began his 49 year engineering career at Nielsen, Maxwell & Wangsgard, Consulting Engineers (NMW), later known as James M. Montgomery, Consulting Engineers (JMM).  In 1988 he went to work for Ogden City as the City Traffic Engineer.  During his career with Ogden City, he was promoted to the Engineering Division Manager and later the Public Services Director.  After 22 years at Ogden City, he was recruited by Horrocks Engineers to serve as a part owner and Ogden Operations Manager.  In January 2019, he temporarily “retired”, but was then recruited by Parametrix to serve as a Principal Consultant and Utah Operations Manager in their Salt Lake City office.  In April 2021, George was recruited by Talisman Civil Consultants in Salt Lake City to be their Senior Advisor.  This was his dream job.  While unfortunately he didn’t get to work there for very long, he absolutely loved every minute of it.  If there is a bucket list job, this was it for him.  One of the most treasured assignments was his placement as the Project Manager over the Snow Basin project.  George was a great leader, and with every job he held, he always made it a point to put the employees and their best interests first.

George considered himself blessed to be married to “his beautiful wife” Sabra for 26 years.  Together they had traveled and laughed and loved each other through the best years of their lives.  Sabra joined him in his favorite activities that included golf, snow skiing, snow shoeing, mountain biking, boating, kayaking, tennis, camping, and traveling.  George always held dearest his trips with his children, Courtney and Justin, that included going to California, Florida, and Lake Powell.  He was incredibly proud of Courtney and Justin, and was always so thankful for the comfort and richness they gave his life.

Two of the biggest blessings in his life were his grandkids, Aiden and Lyrik.  George’s favorite thing with the kids was to have what he termed “Grampa Visitation” where he would take each grandkid a couple afternoons every other week so that he could have his own bonding time with them individually.  They would play pool, do guy things in the garage, sit on the floor for hours playing with poker chips and crafting toys, or spend time at the local park.  Those were some of his most treasured moments in his life.

It must be mentioned that of the many joys he had in this life, he looked forward to the Christmas season more than any other holiday.  He would start his hunt for new Christmas décor some time in June.  He would take an entire Saturday to decorate the whole house with his bins and bins of collected Christmas decorations.  He and Sabra had a tradition of spending Christmas Eve up at Snow Basin, usually with the family, to have dinner, watch fireworks, and then finally watching Santa snowcat down the hill.

George is survived by his loving and devoted wife, Sabra, his daughter Courtney (Trevor) Yeates, and his son Justin Bender, his grandchildren Aiden and Lyrik.  He was preceded in death by his twin sister Julie Webb, and both parents, as well as his beloved dog, Ellie.

George wanted everyone to know that he had a full and rewarding life; that he accomplished what he set out to do and that he found more happiness than sadness.  He was thankful for the good people in his life that enriched his journey and gave him joy.

To order memorial trees or send flowers to the family in memory of George Benford, III, please visit our flower store.