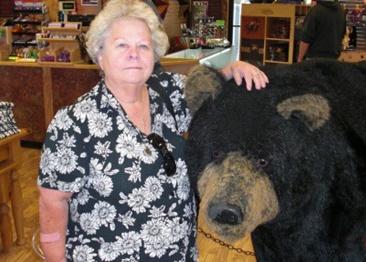 Gayle Ann McKinney Maw was born on December 16, 1944 to Alta Hutchinson and Earl Ralph McKinney in Ogden, Utah. On July 5, 2022, Gayle was reunited with her husband after five long years without him by her side.

Gayle grew up in Ogden and graduated from Ben Lomond High School in 1963, where she met Carl Maw. The two began their life together right away. They moved from place to place for Carl’s military career, including Texas and California, and finally settled in Utah, where they built their dream home together in Farr West.

Gayle worked many jobs over the years but most notably was employed for over 25 years with IRS. She also shared many stories of her time working at K-Mart and at Harmon’s— where she once had to punch a belligerently drunk customer, a story she always had to share when reminiscing on her time in customer service. As Shakespeare wrote, “and though she be but little, she is fierce.”

After raising three kids, Gayle began to travel the world with Carl for his work. The two of them visited many places around the world, including Egypt, Greece, Italy, Thailand, and London. They also visited places all over the US, with Yellowstone National Park being one of Gayle’s favorites.

Gayle loved animals of all shapes and sizes, especially moose, hawks and bears. Some of the most special animals in Gayle’s life were a toothless Pomeranian named Kimmy and a beautiful border collie named Ginger. Gayle loved to collect and over the years she filled her home with treasures from all over the world. Some of her favorites included carousels, stuffed animals and baby Yoda collectibles.

Even more than traveling and her collections, Gayle loved her family. “Grandma’s house” was always filled with children, grandchildren and great-grandchildren. Gayle proudly hosted holidays at her home for many years and loved to be surrounded by her family.

She was preceded in death by her husband, Carl and their daughter, Laurie, as well as her parents, brother, sister.

In lieu of flowers, please donate in Gayle’s honor to the Yellowstone Forever organization, found at forever.yellowstone.org.

To order memorial trees or send flowers to the family in memory of Gayle Ann McKinney Maw, please visit our flower store.