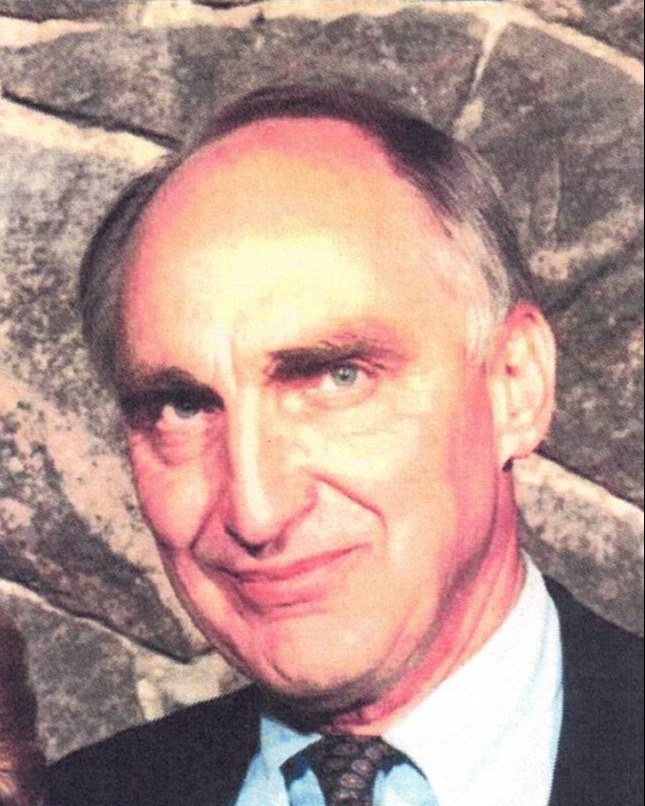 George Reddig  Uibel , 94, passed away peacefully on October 23, 2022 at his home in Layton, Utah.  He was born on January 19, 1928 in Lancaster, Pennsylvania to Charles Dewey Uibel and Ruth Reddig.  The oldest of four boys, he was the ringleader of their many adventures in rural Reamstown and Quarryville, Pennsylvania.

Fascinated by aviation, he would watch in awe as airplanes of his youth would barnstorm local communities.  Although he was too young to join the Armed Forces during World War II, he spent time as a plane spotter in the fields of Pennsylvania. He remained an expert at identifying airplanes in flight from the ground throughout his life.  George joined the Navy in 1946 and served aboard the destroyer-minesweeper, USS Gherardi (DMS-30), touring between Charleston, SC and the Caribbean for two years of duty.

In 1958 George moved to Utah to become the 28th employee of Thiokol Corp, producer of Minuteman missiles and the Space Shuttle’s solid booster rockets, where he retired in 1992 as the director of the Publications Division.

Art was George’s lifelong passion.  From an early age he wanted to be an artist and in 1952 graduated from the Philadelphia Museum School of Art.  Throughout his life George was constantly painting, drawing, studying art, and buying art books.  He loved attending art conferences and visiting art museums worldwide, the most memorable being a pilgrimage he and Anita made to the historic studio of his favorite artist, Paul Cezanne, in southern France.

Services will be live-streamed and may be viewed at www.lindquistmortuary.com by scrolling to the bottom of George’s obituary page.

To order memorial trees or send flowers to the family in memory of George Reddig Uibel, please visit our flower store.