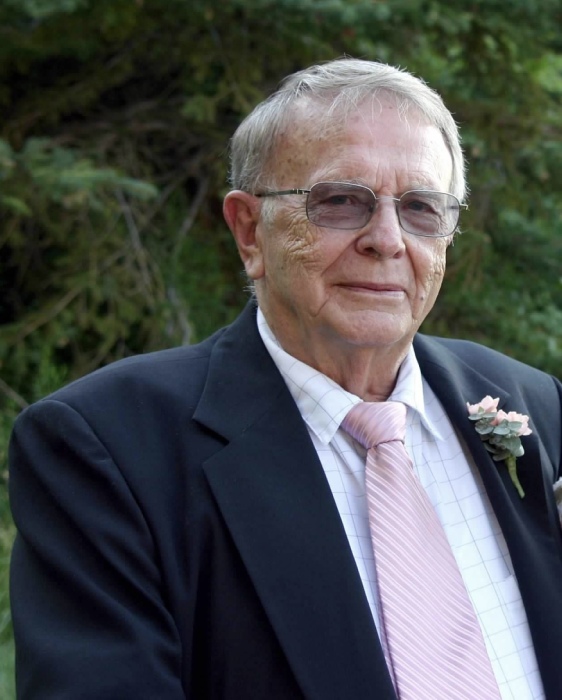 Floyd Roeseler passed away November 30, 2021, at the Beehive House, Syracuse, Utah. He was born October 9, 1927, at home in Ogden Utah to Otto C. Roeseler and Amber Stanley.

He joined the Navy November 1945 Served in Washington DC as a clerk for special assignments. He was a Yeoman 3rd class. He was honorably discharged in October 1947.

He lived in Ogden Utah where he went to work for the US Post Office sorting mail. He then worked at Commercial Security Bank for 15 years. From there he went to HAFB and worked in Accounting and Finance. He retired as Chief of Military Pay 30 years later.

They had two sons. Gary Wayne Roeseler (Jolyn) and James Scott Roeseler (Fawn). He was a very loving and involved dad in sports, golfing and hunting, showing sportsmanship and integrity.

He was always joking and teasing people and was really fun to be around. He loved decorating for Christmas, traveling, fresh flowers and especially spending time with his family.

We cannot express enough our sincere thanks for the great loving care and service provided by Beehive Homes of Syracuse and Suncrest Hospice nurse Jacoy.

To order memorial trees or send flowers to the family in memory of Floyd Roeseler, please visit our flower store.