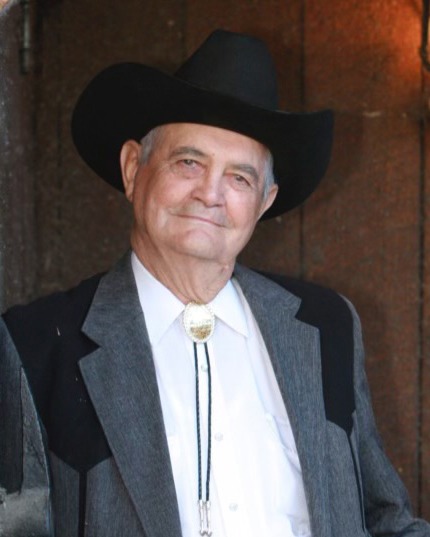 It is with great sadness that we announce the passing of our father F. Dean Clark on December 15, 2022 at the age of 93 at the Legacy House of Ogden Assisted Living in Washington Terrace, UT. His last few months were spent there due to declining health. We are grateful for the excellent care he received from the staff. They were very kind and caring. We are forever grateful to them. Also, we would like to acknowledge the wonderful caretakers of Dignity Home Health and Hospice, Jasmine, Abby and Cece, who were dedicated and kind in their care of our father. They became family to us.

Dad was born in Malad, Idaho on July 12, 1929 to Ernest Lynn and Thelma (Thomas) Clark. He had two brothers Sam “Sammy” and Donald (both deceased}. He graduated from Malad High School and attended Snow College where he met Mom. They were married on October 29, 1948 and were together for 73 years.

Dad found an outlet for his energy and became a Golden Gloves boxer. He was also a crop duster pilot in his younger years. He was a big fan of the Utah Jazz and the Denver Broncos. You would find him and Mom sitting on the couch watching the games together.

He was an old school kind of guy and loved John Wayne and Chuck Norris. One of the highlights of his life was meeting Chuck Norris at FanX and getting his and Mom's picture taken with him.

Dad was a simple man and marched to the beat of his own drum. He didn't let life get under his skin. One of his many favorite sayings was, “It’s not hurting anything so leave it alone.”

He followed many pursuits during his life but spent most of his time behind the wheel of a big rig as a professional driver. His love of the "Dickie" made it a fashion statement. He would have worn it to church if Mom would have let him!

Dad is survived by his six children and their families. A legacy that he was so very proud of, Vicky Larsen of Salt Lake City, UT; Randy (Patsy deceased) Clark of Coalville, UT; Dick (Trisha) Clark of Layton, UT; Steven (Cheryl) Clark of Washington Terrace, UT; Dennis (LouAnn) Clark of Plain City, UT; and Deena (Lex) Patterson of Harrisville, UT as well as 18 grandchildren, 31 great-grandchildren and 4 great-great-grandchildren. Preceded in death by his parents; wife, Bonnie; brothers, Sam and Don; grandchildren, Bryce and Bonnie; daughter-in-law, Patsy and granddaughter-in-law, Olivia.

Funeral services will be held on Wednesday, December 28, 2022 at 11 a.m. at Lindquist’s Ogden Mortuary, 3408 Washington Blvd. Friends may pay their respects on Tuesday from 6 to 8 pm and Wednesday from 9:30 to 10:30 a.m. at the mortuary. Interment at Lindquist Memorial Gardens of the Wasatch, 1718 Combe Rd. Ogden, UT.

To order memorial trees or send flowers to the family in memory of Dean Clark, please visit our flower store.