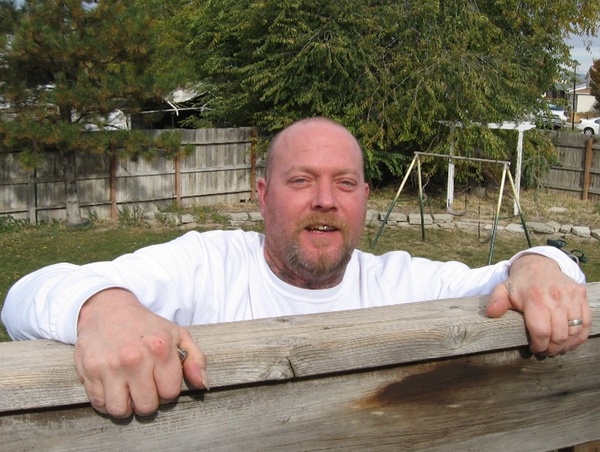 On Thursday, July 14, 2022, Evan Charles Coats, our dear father, brother, and family to many was

confirmed to have left this world at the age of 47, in Clearfield, Utah. Evan was born on July 23, 1974, to Debra June Whitley and Kenneth Charles Coats in Rupert, Idaho and grew up in Utah alongside his

siblings with whom he was very close, Eon, Ezara, Mandy, and Jesse

He faced many obstacles in life, but he persevered and had a very successful career as a pipeline welder and was a part of our local welder’s union. Evan was extremely hardworking and beyond talented and took great pride in the work he did.

However, he took an even greater pride in his three children Kalub, Arienne, and Randy of which he loved more than life itself. He always expressed how proud he was of his children, and consistently strived to give them a better life than he had while growing up.

Anyone who knew Evan would tell you he’d give the shirt off his own back if you needed help. He was a passionate man with a big heart and touched so many people’s lives. He loved to joke around, tiptoeing the lines between humorous and vulgar at any given time.

He was a loud man, in a good way, and made his presence known whenever he entered a room. He had a unique kind of charm, and everyone around him loved him so very much. Evan will be dearly missed by many, and although he has passed, he will live on in our hearts and the stories we share for years to come.

Evan is survived by his children, parents, and siblings, as aforementioned, along with a brother Chris, and mothers of his children; Catherine and Marissa. Also survived by family, friends and loved ones, including but not limited to the Michelson; Ackman; Rodeback; Henderson; and Espinoza families and so many more. He was preceded in death by his very close friends Barry and Marvin, step-

To order memorial trees or send flowers to the family in memory of Evan Charles Coats, please visit our flower store.