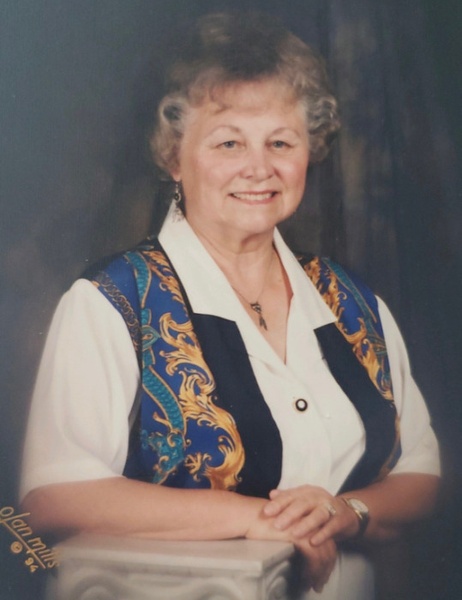 Eva Louise Tracy of Pittsboro North Carolina passed away at UNC Memorial Hospital on Wednesday, April 6, 2022 with family by her side. She was 92. Eva was the second daughter of the late William Henry Barnett and Maggie Muriell Bradney. She was born in Higgins, Texas on July 3, 1929. She had one older sister, Alice Fern. She married her husband, the late Michael Loray Tracy in 1947.

Eva and Michael had six daughters, the late Kathleen Louise, the late Mary Shannon, Erin McLean, Patricia Anne, Kelly Maureen, and Kerry Eileen. Eva and Michael celebrated 42 years of marriage until his death in 1989. Eva is the grandmother of eighteen grandchildren and 32 great-grandchildren whom she loved and enjoyed her entire life.

Eva’s favorite aspect of her life were her children, grand-children, and great-grandchildren. In addition to raising a large family and supporting her husband’s corporate career, she loved the outdoors and had a small ranch in Georgia where the raised and cared for cattle and horses. After Michael’s passing, Eva continued to live in rural GA for 25 years. As she aged, she moved closer to one of her daughters in Pittsboro, North Carolina where she has enjoyed residency for 10 years.

Eva Louise Tracy was laid to rest at the Ogden City Cemetery next to her husband, Michael Loray Tracy and surrounded by the Tracy family on April 13, 2022. Graveside services were entrusted to Lindquist’s Ogden Mortuary.

In lieu of flowers, a charitable donation can be made in Eva Louise Tracy’s name to the Catholic Charities of North Carolina or the Sjorgen Foundation.

To order memorial trees or send flowers to the family in memory of Eva Louise Tracy, please visit our flower store.