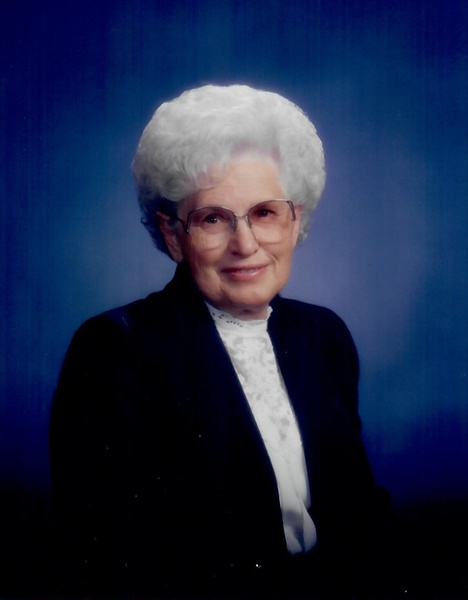 She attended elementary school in Pender and graduated from Pender High School in 1943, there were 43 students in her graduating class. She then graduated Wayne State Teachers College and received her B.S. from Weber State with a teaching certificate.

She married Lloyd Harold Sage on August 4, 1946 in Pender, NB, Lloyd passed away in 2010. Together they had two children, Ron and Janet.

She enjoyed croquet, knitting, needle work and spending time with her grandchildren. She lived her final days at Mountain Ridge in South Ogden.

Esther is survived by her children, Ron (Janet) Sage and Janet (Dave) Moore; five grandchildren, Lisa, Mitzi, Jenifer, Christy, and Tyler; and ten great-grandchildren. She was preceded in death by her husband of 64 years, Lloyd; parents, Herman and Anna; brothers, Richard and Harold; and sisters, Helen, Martha and Edna.

Graveside services will be held on Wednesday, April 6, 2022 at 2:30 pm at Lindquist’s Memorial Gardens of the Wasatch, 1718 Combe Rd. Friends may visit with family on Tuesday from 6 to 7 pm at Lindquist’s Ogden Mortuary, 3408 Washington Blvd.

Special thanks to the staff at Mountain Ridge and Bree at Hospice.

To order memorial trees or send flowers to the family in memory of Esther Christina Rink Sage, please visit our flower store.