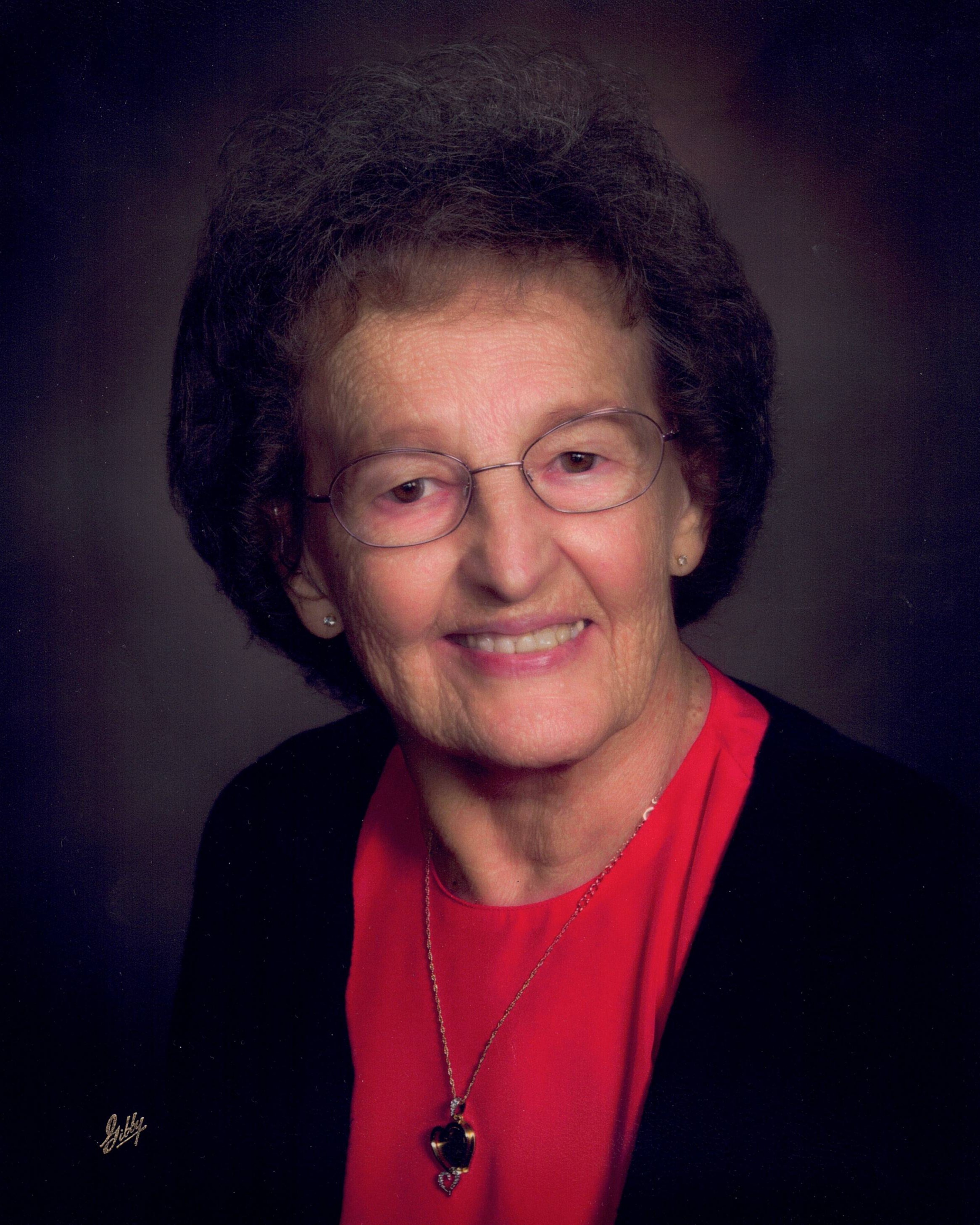 Estella Glenn Leishman Romero passed away peacefully on January 3, 2023 after filling every day of her 95 years with laughter and joy.  Long before society embraced the term unconditional love, she lived it.  Just as she legally adopted her daughters, she made the choice to adopt many people into her family.  Countless people call her Mom E and Nana.

She was an active member of the Church of Jesus Christ of Latter-Day Saints and for over 50 years was a member of the Kays Creek Daughters of Utah Pioneers.  For two decades she was a Voters Registration Agent and a founding member of the Layton Women's Club that met monthly for over 50 years.  She worked for several years as a page on the floor of the Utah State Legislature.  More than anything she loved being with her family.  Whether cheering a child, grandchild or great grandchild at an athletic event or beating them bowling on the Wii, she was a joyful participant. For her 95th birthday party, she requested a family talent show only to surprise them with her tap dancing to "Take Me Out To The Ball Game". In the last 10 years, she learned to make jewelry and made bracelets for people; including making hundreds for the TaTa Trekkers to give to the helpers on their 3 day walk to raise funds for breast cancer research.

She was born on July 11, 1927 in Wellsville, Utah to Mary Bankhead Glenn Leishman and Andrew Adamson Leishman.  As one of 16 kids, she worked hard on the family farm and would love to share stories of working in the fields with her family.  She met the love of her life, Arnold Hazen Romero, in 1946 at a dance in Hyrum, Utah.  After initially hiding from him when he came to court, his persistence, and laughter, won her over and their story began.  On September 25, 1946 they were married in the Salt Lake Temple.  Over the years, they became avid Utah Jazz Fans and loved the Sunday Night Concerts presented by the Davis Arts Council. They loved hosting family get togethers and enjoyed the legendary family gatherings on the 4th of July and Easter at her sister Reta's home.

They started their life together in Logan, but later moved to the Wasatch Front when Arnold got a job at HAFB. In 1958, they purchased a small home in Layton and prayed for the day they could have the family they longed for. In the summer of 1959, they arranged to adopt a baby that would be born that fall.  As they were preparing to leave to bring the child home, they received a call that a another little girl had been born locally that they could adopt. In a period of six weeks, they were the proud parents of two girls, Penny and Dixie. She loved the role of being a mom, but she cherished being Nana.

She was preceded in death by her husband and sweetheart Arnold, and her 13 siblings. She is survived by two sisters Reta York and Erma Busebark. She is also survived by her daughters Penny Romero and Dixie Claybrook (Steve), grandchildren Cameron Flint, Cody (Lupita) Flint, Desiree (Jason) Shahan, Dalton (Lindsey) Claybrook, Brooke (Nick) Rago and 9 great grandchildren. As well as many nieces and nephews she adored.

The family wishes to thank the staff at Legacy Village where she lived for the past 12 years. Marcia, Sherry, Bridgett, AJ and Nick were especially kind to her.  They would also like to thank the Inspiration Hospice team, Jenn, Heidi, Angie, Tiffany, Amy and Kayla who loved her and took such great care of her.

In lieu of flowers, please consider donating to the Susan G Komen Foundation, the Davis Arts Council, play Yahtzee with a family member, or take a loved one to dinner.

To order memorial trees or send flowers to the family in memory of Estella Glenn Leishman Romero, please visit our flower store.