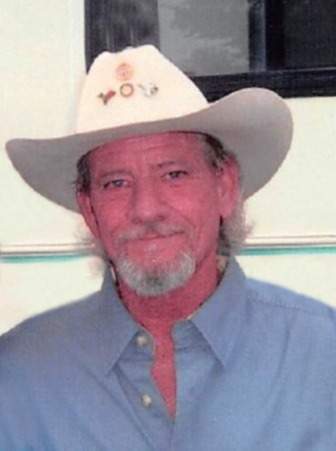 Ernie passed away at his home with his family after a courageous battle with “god damn” cancer, as he would say.

Ernie was born May 22,1957, in Houston, Texas to Earnest and Geraldine Gallemore. He was raised in La Porte, Texas and graduated from La Porte High School in 1975. Ernie joined the Airforce after high school and was able to travel and live in many places during this time. He worked many years as an Aircraft mechanic.

In 1979, he married Yolanda (later divorced) and had his son, Arthur Gallemore in 1980. He finally made his home in Utah. He retired from the Airforce in 2002. Later, Ernie and Annette got married in 2005 in Panguitch, Utah. Ernie continued to work in civil service as an Aircraft Mechanic at Hill Air Force Base, where he later retired. In his retirement, Ernie enjoyed fishing, camping, trap shooting, and hunting.

Ernie will be missed by many nieces and nephews. He is survived by his wife, Annette Gallemore; and children, Karen (Jose), Arthur, Richard (Cydney), Cameron, and Jackie (Kade), 12 grand children, ; sisters, Sharon (Rod) Adair, and Linda LaBry; brother and sisters-in-law, Kay (Cathy) Gibbany, Lillian Porter and Colleen (Bobby) Owens; brother-in-law, Brent Porter. He was preceded in death by his parents, Earnest and Geraldine Gallemore, and in-laws, Richard and Virginia Gibbany.

We would like to thank Canyon Homecare and Hospice for the wonderful care they gave to Ernie.

The viewing will be Wednesday, September 14, 2022, from 6pm to 8pm at Lindquist’s Layton Mortuary, 1867 N. Fairfield Road, Layton, Utah. The interment will be determined at a later date.

To order memorial trees or send flowers to the family in memory of Earnest "Ernie" Wayne Gallemore, please visit our flower store.