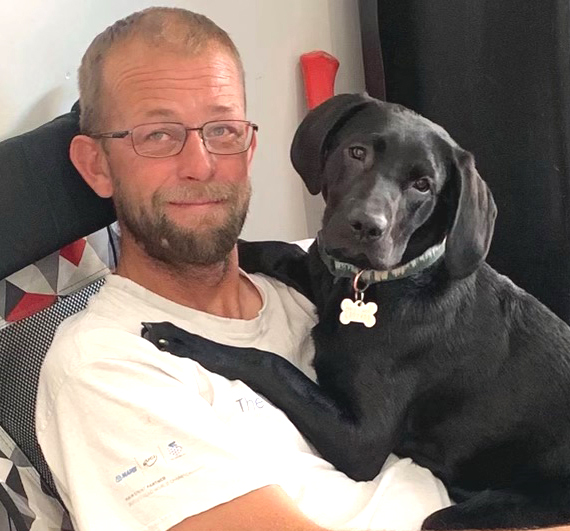 Erik John Chipp passed away on September 5th, 2021 while out doing what he loved with his beloved dog River. Erik was born on July 6, 1982 to Kenneth John Chipp and Terri Amber Downward.

He grew up in Bountiful, Utah where he made many friends that remained dear to him throughout his life.  He was a loyal friend that you could count on for anything.

Erik was always up for any adventure that meant he could be outside.  He lived to hunt and fish in every season and any chance he could get.  He would go up camping any day he didn’t have to work and was always on the lookout for the next place to hunt.  Most of the times he spent with his kids were outside doing things they all loved together.

Our hearts are broken and the tears seem endless but we find comfort in knowing he left this life scouting for his next hunt in the area he loved.

Erik played hard and worked hard, working most recently as a tile setter for Millcreek Tile.

Erik married Teresa Peters in August 2002, (later divorced) together they had 2 children, Trapper John (19) and Teagan (14).

Erik is survived by his parents Terri & Terry Downward (Riverton) and Ken & Penney Chipp (Woods Cross).  His children Trapper and Teagan Chipp.  His girlfriend Stephanie and her 3 children.  He is also survived by his 2 sisters Tiffany & David Mellas (South Jordan) and Ashley & Kevin Callister (Joliet, IL) as well as several step sisters.  Erik will also be missed by his nieces and nephews.

He was preceded in death by his grandparents Charles (Jack) and Rita Chipp, and Donna Pola.

A celebration of life will be held, date to be determined.  In lieu of flowers any donations can be made to a memorial fund set up in Erik’s name at America First Credit Union.

To order memorial trees or send flowers to the family in memory of Erik Chipp, please visit our flower store.