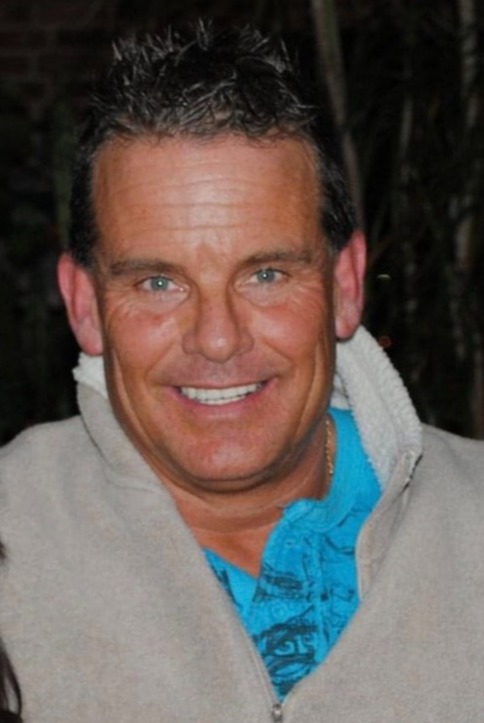 On Sunday December 4, 2022, the heavens gained what we have lost.  Eric Hanson has moved from this world to the next. Eric leaves behind his beautiful children, Brooke (Jason) Jolley, and Tristin Hanson; his grandchildren, Coben and Capri; his best friend and first wife, Robin (Rocky) Lambourne ; and ex-wife Karen Hanson  ; along with countless friends; many nieces and nephews; and let’s not forget Coco, the cat.  Eric had two wonderful families growing up and with that he had many siblings, Leslie (Dan) Caldaronello, Jerry Hanson, Jody Floreani, Shirley Ann Hanson-Morgan, Mark (Amberlee) Brian, Mitch Brian, and Christy (Kelly) Terrill.  Our hope is that this is a new beginning for Eric, and our grief can only be matched by the joy that must be felt by his parents, relatives, and friends who preceded him in death as they welcome him, hold him, and love him.

Eric loved sports and competition and he was fierce and determined in most things.  As a skinny kid from Los Angeles, he and his family moved to Ogden, Utah where he spent his life. He attended Mound Fort Jr. High School and graduated from Ben Lomond High School.  One of his favorite coaches, Roger Howell gave Eric a set of weights because Eric showed a desire to get bigger and stronger.  Thanks to this kindness and Eric’s determination, he not only became bigger and stronger, but he became a professional bodybuilder and one heck of a competitor.  He played football, baseball, soccer, basketball and was an avid skier.  Anything having to do with competition, Eric enjoyed.

Many don’t know that Eric was a wonderful live-in caretaker for many years to Roger (stepdad) and Patsy(mom).

Eric was this big strong guy with a bit of an edge, but he was kind, gentle, and caring at the same time. In this respect, he led by example. If you were lucky enough to see behind the curtain, these are the kinds of things you may have seen.

This is an obituary, not a lifetime achievement award.  Eric was flawed like all of us, the main difference being that his flaws were there for all to see for the most part.  His ending finds us sad but relieved, comforted by the hope that he is in a better place, without pain, and with peace.

Eric, if you can hear our collective thoughts and if you can feel our collective grief, please know that each of us is a better human being for being a part of your life. The lessons you taught us, both good and bad, are meaningful and lasting, as is your memory.

In the words of James Taylor, “I've seen fire and I've seen rain. I've seen sunny days that I thought would never end. I've seen lonely times when I could not find a friend. But I always thought that I'd see you again.”

Thank you, to everyone that has reached out to the family or donated to the memorial fund.

A private service will be held by the family at a later date. Services entrusted to Lindquist’s Syracuse Mortuary, 869 South 2000 West.

In lieu of flowers, a memorial fund has been set up to help pay for expenses: http://spot.fund/QnrXtzsc

To order memorial trees or send flowers to the family in memory of Eric Curtis Hanson, please visit our flower store.