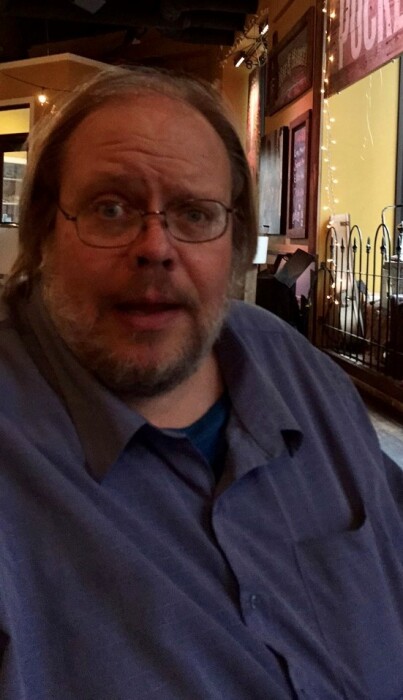 Eric was born February 9, 1965, in Winston Salem, North Carolina to Nowlan Kelly Dean and Margie Murdock Dean. He was the third son, with two sisters and a brother to follow.

Eric was a curious and mischievous child. Most early pictures show him with a scrape or a bruise on his face and an impish gleam in his bright blue eyes. Due to numerous family moves, Eric attended six different elementary schools and two junior high schools before graduating from Layton High School in 1983.

Eric labored at various jobs, but his longest held position was as a clerk at 7-Eleven. His friendly nature and ability to chat with anyone made him a favorite with customers. Later in life, Eric cared for his mother, Margie, full time when she was battling cancer. His arthritic knees limited his mobility, but he loved taking his dog Copper for long rides in his Chevy Tahoe.

Eric was a character, always up for a joke and a laugh. He was a big man with a big voice, and an even bigger heart. He loved his nieces and nephews, and he loved animals, especially Copper, who passed last year. He was a generous soul, and though he was not wealthy, he would rather treat you to dinner than keep money for himself. His dreams of winning the lottery included buying each of his siblings a corvette from the year of their birth.

To order memorial trees or send flowers to the family in memory of Eric Dean, please visit our flower store.