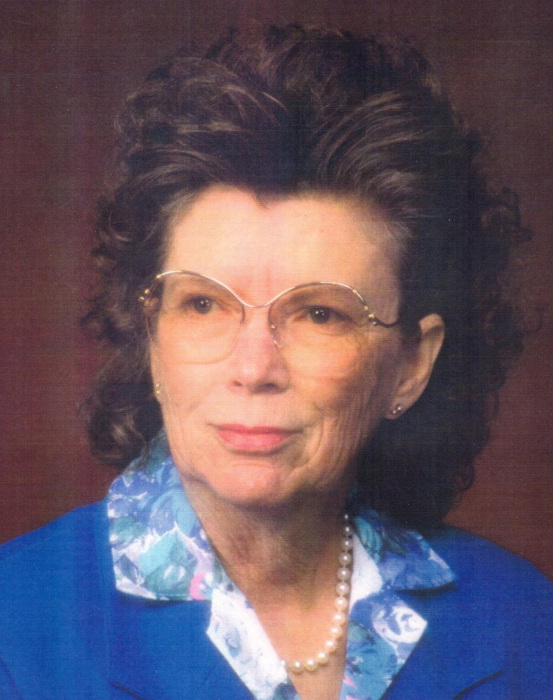 Julia Eileen Cook (always known as Eileen) went home to be with Jesus on September 5, 2021, in Ogden, Utah, just a few weeks shy of her 96th birthday. She died peacefully surrounded by several family members.

Mom was born to Axel Brunzell and Mary Ella Wonderly Brunzell on September 27, 1925 in Dillon, Montana. Her parents were homesteaders in the Upper Ruby Valley and her early years were spent on the family ranch. Eileen attended grade school in Alder and high school in Virginia City; she transferred to Sheridan High School for her senior year, and then moved to Butte where she enrolled in St. James School of Nursing. She met John F. Cook as she was completing her nursing degree and they were married February 8, 1947 in Laurin, Montana. They raised four children in Butte, firmly instilling the values of faith, hard work, and the importance of a good education. Eileen supplemented the family income, while also doing full-time home-making and child-rearing, by working as a registered nurse (in most areas of hospital including obstetrics, nursery, and surgery) and by doing private duty nursing.

Since she married into an Irish/Italian family, Eileen learned to make both Italian raviolis and Irish pasties. When the family went on hunting and fishing trips, everyone knew they could count on mom for a big breakfast at the start of the day and a hot meal when they returned. Our mother loved a good picnic with plenty of fried chicken and potato salad; she also loved long chats on the phone and played a mean game of pinochle. During the years in Butte, she and John enthusiastically supported their children and attended every concert, school event, or sports activity, never missing a single one. They loved camping in their Aristocrat trailer, which was pulled by a severely under-powered 1957 Nash Rambler. In addition to dozens of hunting and fishing trips every year, the family also made trips to Disneyland, the Rose Parade in Portland, and Glacier and Yellowstone Parks. After all four children graduated from college, John and Eileen moved to Ogden, Utah in 1987, to be closer to three of their children who were living in the area. Some years after settling in Utah, she won an all-expense paid trip to London, England, which allowed her and John to enjoy their first and only international vacation.

Eileen had a strong Catholic faith and was a member of St. Mary Catholic Church (which was designed by her son Dan) in West Haven, Utah. She and John enjoyed 55 years of marriage. Following John’s death October 17, 2002, Eileen remained strong and independent, believing that one could overcome anything if you just tried hard enough and never gave up. Like many members of her family, Eileen lived a long life and did so in a manner of her choosing. In this regard, mom was very fortunate to live only a block away from her daughter Michelle. Together with her family, Craig, Meagan, and Jennifer, they provided daily support, as well as meals, transportation, and many other forms of assistance. Dan Cook and his family also provided a variety of helping hands to fulfill mom’s desire to remain in her own home and under her own care. The family is grateful for Dr. Grace O’Brien for taking care of mom for many years and for the staff at McKay Dee Hospital (ER and the nursing team on 3rd floor) for caring for mom after her recent fall.

Eileen was preceded in death by her parents, her brother, William Brunzell, and her sister, Mary Tomsich. She is survived by her four children: Bill (Ann) Cook, Dan (Claudia) Cook, Janet (David) Fericks, and Michelle (Craig) Johnson, as well as 13 grandchildren, and 22 great grandchildren. Survivors also include her well-loved nieces and nephews in the Brunzell, Davis, Tomsich, Maloney, and Murphy families.

To order memorial trees or send flowers to the family in memory of Eileen Cook, please visit our flower store.