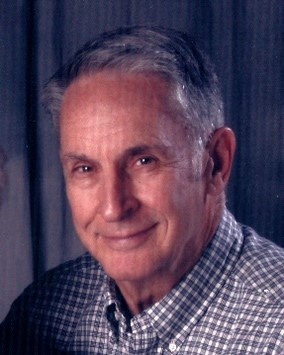 Edwin (Ted) Clive Bolton, beloved husband and father of five, returned to the loving arms of our Heavenly Father on July 28, 2022, at age 91.

Ted was born on April 15, 1931 in Salt Lake City, Utah and was the first of two children to join the family of Edwin Clive and Alpha Jessie Harris Bolton. He grew up in East Millcreek and graduated from Granite High School. He served a mission for The Church of Jesus Christ of Latter-day Saints in the Central States Mission from December 1950 to December 1952. Ted then attended the University of Utah where he graduated with a degree in Chemical Engineering in 1956.

Ted met Susan Adele Stephens in 1956 and in her he found his best friend and eternal companion. They were sealed for time and all eternity in the Salt Lake Temple on June 28, 1957.  They had five children: William Dean, Don Clive, Stephenie Susan, Edwin Stephens, and Danielle Adele. Ted loved his family deeply and was an uncommonly devoted and adoring husband and father, and later, grandfather and great-grandfather.

Though a very quiet man, Ted would listen and help when and where he could. He lived a life of service to his family, his country, his church, and his Heavenly Father.

After the Air Force, Ted and Susan had many adventures while raising their family all over the United States.  They lived in East Millcreek and then Cottonwood in Utah. They then went to Newark, DE in 1966 for four years and then to La Habra, CA until 1978. They then moved their family to Utah, first to Fillmore, then Farmington and lastly Provo. In 1985 they moved to Irvine and Diamond Bar, CA.  Once their children were grown, together Ted and Susan went to Virginia in 1990. They then returned to Utah in 1999 and moved briefly to St. George, then Ivins for nearly 20 years, and finally Layton in 2020.

Ted has enjoyed many callings in The Church of Jesus Christ of Latter-Day Saints including serving as an Elders Quorum President, Bishop, and High Counselor. He provided a great deal of service to those in need. Together with his wife, Ted served a Church Education System mission in St George, UT as well as a mission at Salt Lake Temple Square. Ted knew that he was a son of God and lived his life as a valiant disciple of Christ.

Ted has been preceded in death by his parents, his infant son Edwin Stephens Bolton, and his daughter Stephenie Susan Bolton.

Ted is survived by his wife Susan, and three of their five children: William Dean Bolton (Robin) of Layton UT, Don Clive Bolton (Odie) of Enoch, UT, and Danielle Adele Bolton Moroz (Steven) of Elk Grove, CA.  Ted and Susan have 16 grandchildren and 36 great grandchildren. He is also survived by his sister Barbara Joy Dallon (Dale) of Lehi, UT.

The family would like to thank the McKay Dee Hospital staff and nurses for taking wonderful care of Ted.

To order memorial trees or send flowers to the family in memory of Ted Bolton, please visit our flower store.