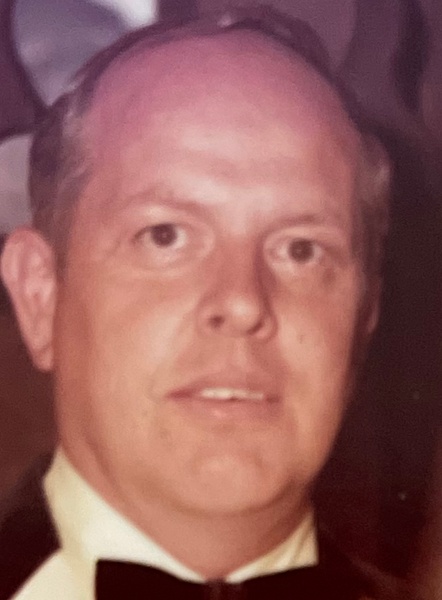 Edward (Ed) Joseph Essler, Jr., beloved husband, father, grandfather and great-grandfather, and friend passed away peacefully on August 9, 2022, at age 90. Ed was born May 2, 1932, to Edward and Edna May Essler in Flint, MI. He was the second in a family of three children. Ed grew up in Alanson, MI, Upper Peninsula. He joined the U.S. Air Force in 1950 at age 18, originally serving in the Military Police. He later transferred to Civil Engineering. Ed was stationed at various times in England, Libya, California, Florida, Michigan and Thailand. He was deployed during the Korean and Vietnam conflicts. Ed retired from the Air Force in 1970.

While traveling through Ogden in September 1952, he attended a USO show at Union Station, and met Harriett Ralphene Perkins of Ogden. Ralphene and Ed were married on Dec. 4, 1952. Their vows were solemnized in The Church of Jesus Christ of Latter-day Saints Salt Lake Temple on Aug. 3, 1964. Ralphene died in 1986.

After retiring from the Air Force, Ed attended Weber State College, He earned a degree in geography and one in history while maintaining a 3.8 grade point average and being named to the honor roll for three quarters.

In September of 1994, Edward married Carol J. Moke in the Ogden Temple.

He enjoyed traveling, spending time with his wife Carol, reading, going for walks, visiting with others, learning to play the piano, jigsaw puzzles and playing games on the computer.

Active in his church, he enjoyed serving almost eight years in the Ogden Genealogy Library and eight years as an Ogden Temple ordinance worker.

He is survived by his wife, Carol, and six of his seven children, Wayne K Essler, Katherine (Brett) Cope, Frances J. (Mark) Jensen, Deborah K. Essler, James P.(Alisha) Essler and William F.(Sandy) Essler, his daughter in law, Linda B. Essler, 17 grandchildren and 24 great grandchildren, He is preceded in death by his parents, siblings, Douglas K. Essler a son and Mark D. Jensen, a son-in-law.

Graveside services will be held Saturday August 13, 2022 at 2:00 pm at Clearfield City Cemetery, 1050 State St., Clearfield, UT where military honors will be accorded. The family will meet with friends prior to services from 12 to 1:20 pm at Lindquist's Roy Mortuary, 3333 West 5600 South.

In lieu of flowers the family suggests a donation be made to the USO or charity of choice.

To order memorial trees or send flowers to the family in memory of Edward Joseph Essler, Jr., please visit our flower store.