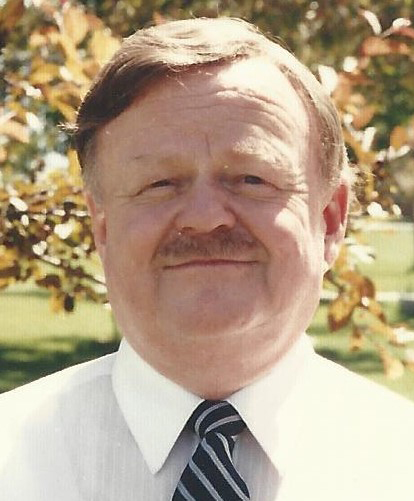 Dwight Sampson Powell, age 86, passed away the morning of October 27, 2021 at Capitol Hill Assisted Living in Salt Lake City.  He was born December 2, 1934 to Roy Otto Powell and Versal Ellen Brown Powell in Schurz, Nevada.  He grew up on the Walker River Indian Reservation in Nevada, where he was often the only white student in his school.  It was there that he learned to love the Native American culture and people.

He was a longtime resident of the Salt Lake Valley, having moved from Washington State in the summer of 1978 with his family.  He lived first in West Jordan and then Orem before moving to the Liberty Wells area of Salt Lake City.  He was an accountant by profession, having graduated with a bachelor’s degree from the University of Utah and a master’s degree from BYU.  He built a successful income tax preparation business based out of his home in the Tacoma, Washington area and then, after moving to Utah, in the Salt Lake Valley and Evanston, Wyoming.

He served in the Army ROTC in 1957 and then enlisted in the Army in 1964, including a tour of duty in Vietnam in 1965-66 before receiving his honorable discharge.

He played football in high school and enjoyed armchair quarterbacking throughout his life. In his later years, his favorite activity was spending time with his grandchildren and great-grandchildren.

He married Deanna Barnum on May 26, 1960, in the Salt Lake Temple.  He was baptized into the Church of Jesus Christ of Latter-day Saints at the age of 15 and was for ten years the only member in his family, until his father was baptized in 1960.  He enjoyed his many years of service as an ordinance worker in the Salt Lake Temple and was an avid genealogist.  He served faithfully in many church callings, including High Priest Group Leader while he and Deanna were missionaries in the Temple View Branch.  He was a leader on various ward Scouting committees during the years his boys were in Scouting, each of them receiving the rank of Eagle Scout.

He was preceded in death by his son Karl Sampson (Kathy) Powell, as well as by his wife, parents, brother, and one grandson.  He is survived by two sons: Kevin Dwight (Nancy) Powell and Kraig James (Kim) Powell, 12 grandchildren, and 15 great-grandchildren.

To order memorial trees or send flowers to the family in memory of Dwight Powell, please visit our flower store.