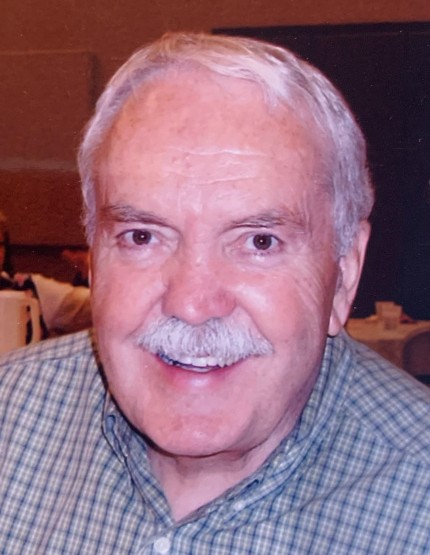 Greg was born in Brigham City, UT to Ray and Ruby Hunsaker Johnston on October 8, 1937. He had two sisters, RaeAnn (Robert) Garside and Judy McFarland. Greg was married to Sherie Stephens who died of brain cancer soon after they were married. He then married Judy Burks and had three children with her: Eric Johnston, Sherie Sexton, and Matthew (Tressa) Johnston with 6 grandchildren and 5 great-grandchildren. They later divorced.

He married Mary Holmes on April 24, 1970 and was sealed in the Ogden Temple in 1979. Together, they had four children: Brian Johnston, Michael Johnston, Stuart (Erika) Johnston, and Jennifer (Chris) Bunn. They have nine grandchildren: Braxton, Moargen (Kaylie), Allie (JT Wentland), Logan, Bodin, Jack, Tyler, Parker and Ryen, who have been a joy to Greg as they grew up and lived close by; 2 great-grandchildren, Cambria and Tage.  Every day the last three months of Greg’s life, Tage, at age 19 months, would sit with him and eat his treats while watching golf with him. She shared her toys and food with him as well.

Greg was raised in Ogden and attended Weber High, Weber State, University of Utah and Colorado State Veterinary College. Greg was in the Air Force and a Major in the Utah National Guard. Greg lived a full life and was an active member of The Church of Jesus Christ of Latter-day Saints, where he held many callings from executive secretary to primary teacher.

Greg was a veterinarian in Ogden for 42 years. He loved going to work and being able to help people with their horses and small animals. He was a caring doctor and has many clients that remember him and what he did for them. Greg taught his children how to work by working with him in his animal hospital. Under his tutelage, they know medicine, assisted in surgeries, cleaned cages, booked appointments and learned how to help people with their pets. Greg worked up until his first stroke 7 years ago.

Greg believed in giving back to society and for 20 years participated in Weber County and South Ogden Board of Adjustments, Utah Board of Health, and Washington Terrace Planning Commission. He was on the board of his condo HOA, as well. He also was a talented artist, builder and investor along with being an excellent and dedicated veterinarian. His kids all call him a “man’s man” and they all learned from him–they dare to take on any project because he had them work alongside of him.

Greg leaves behind his wife, Mary, children and grandchildren, his sister RaeAnn, brother-in-law Chad (Carolyn) Holmes who was his best friend and travelling companion, along with Susan (Jim) West, Jane Ann (Brian) Henstra, Doug Holmes, and Clark (Shar) Holmes. He was reunited with his father, mother, in-laws Jess and Barbara Holmes, sister Judy, son Eric and daughter Sheri, and brother-in-law, Richard Holmes. He leaves behind many friends, cousins, nieces and nephews who he loved.

Greg was so nice and kind to everyone, as well as being one of the smartest men we knew. His children were attentive to him as he passed from this world, and each had the opportunity to talk with him and share their love. We were all fortunate to have Greg in our lives.  We will truly miss him and look forward to seeing him again.

The family wants to express thanks to Quality Home Health and Hospice, especially Carilyn Gift and Debbie Michaelson. The family could not have cared for him at home where he wanted to be without them.

A celebration of life will be held for family and friends on Wednesday, September 8, 2021 from 6 to 8 p.m. at Lindquist’s Ogden Mortuary, 3408 Washington Blvd., Ogden, UT. A private family graveside will be held at a later date.

To order memorial trees or send flowers to the family in memory of Dr. Gregory Johnston DVM, please visit our flower store.