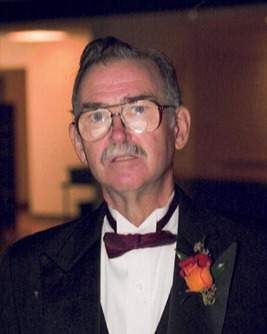 OGDEN, UTAH–Dr. Richard Roy Miller, Ph.D., of South Ogden, Utah, a mathematician and long-time professor at Weber State University, passed away peacefully on August 18, 2022 at the age of 81.

Richard spent his professional career as a mathematics professor at Weber State University. He served as chair of the department for a significant portion of this time, served on the faculty senate, and led the successful drive at the school to add mathematics competency to Bachelor of Science degree requirements. He was also a dedicated contract bridge player, regularly winning both local and regional tournaments, earning the rank of “Life Master” and recognition as one of the best players in Utah.

In addition to a love of numbers, Richard was most fond of music, especially musical theatre, and regularly attended the Broadway Across America series at the Eccles Theatre in SLC with family and friends. He also had a great talent for parody and wrote humorous song lyrics and limericks, bringing smiles and laughter to others but sometimes trying their patience.

Early in his career, Richard accepted a civilian position with the Army and taught mathematics in Ramstein, Germany. This was the beginnings of his extensive travel including touring Europe with his parents and returning several more times in later years with other family members. He also participated in educational travel tours to Russia and China, and during the latter attended the International Mathematics Conference at the Great Hall of the People in Beijing. Closer to home, he was an annual visitor to the Spoleto Festival in Charleston, South Carolina. He was also an avid camper, with a fondness for Flaming Gorge and many other national parks and monuments.

Richard leaves behind a loving wife, Jean Howe Andra Miller, Ph.D., a retired professor of French language and literature at Weber State University, whom he married in 1988. Other survivors include a stepdaughter, Michelle Leigh Andra, Ph.D., her husband, Kevin E. Meredith, both of Columbia, SC; his cousins, Susie Nelson and her husband, Rick Nelson as well as Carel Shiner and her husband, Kim Shiner; his sister-in-law, Colleen Miller; nephews and a niece, Richard, Ken, Tom, Gordon and Cherie and other close relatives. Through his adult life he also enjoyed the company of many beloved fellow bridge aficionados, including Bill Braun, Michael Berggren and Alene Wrobel. He was preceded in death by his parents, his brother, Gordon Miller; and his nephew, Phil Miller. He is also survived by a loving rescue cat, Gustavius “Gus” Augustus Miller.

A celebration of Richard’s life will be held on Friday, September 16, 2022 at 2 p.m. at the Hurst Learning Center, Weber State University in the Dumke Legacy Hall, 1265 Village Dr, Ogden, UT 84408. Friends, neighbors, family and colleagues are invited to attend and share their memories. Richard’s ashes will be interred in the Howe family plot at Lindquist’s Memorial Gardens of the Wasatch, 1718 Combe Rd. Arrangements entrusted to Lindquist’s Ogden Mortuary.

Memorial contributions may be made to the Roy H. and Elva Miller Memorial Fund, which further supports the Weber State University Mathematics Department.

To order memorial trees or send flowers to the family in memory of Dr. Richard Roy Miller, PhD, please visit our flower store.