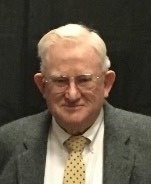 NORTH OGDEN, UT–It is with a heavy heart we announce the death of a great husband, father, and grandfather, Edward Donald “Don” Surber Jr.  Don was born on September 24, 1937, in Nevada City, California., to Edward Donald “Eddie” Surber and June Arsene Smith. June and Eddie had two sons, Don and his brother, Robert Leon “Bob” Surber.

Don’s family moved around and ended up in Arizona where his father worked as an electrician for Boeing and in the mines and on the Pima Indian Reservation in Sacaton, Ariz. Don had lots of stories of his adventures with the Indian youth and their families.  His father passed away when he was 13 years old and the family moved to Phoenix. Don’s Mother remarried and had Don’s youngest brother, Emory James “Jim” Pennington. As he continued to grow up, he delivered papers, worked in a movie theater during the golden age. In high school, Don joined the ROTC, then joined the U.S. Army Reserves for the next eight years.

Don attended Arizona State University and received his B.S. in Geology. While at ASU he met and married Kay Reece on February 23, 1959. Don and Kay had two children, Chris and Vicci.

Don’s work as a sales manager for most of his career, meant the family was required to move a few times which included Bakersfield, CA, Arvada, CO and Napa, CA. While living in CO, the family spent the summers enjoying the outdoors in the Rocky Mountains, and the winters enjoying the winter activities including learning to ski, which the family enjoyed for many years to come, including several years at Lake Tahoe.

Don changed jobs taking him into Dental Sales and Management, where he met many lifelong friends that still have special meaning to him. The family then moved to Napa, California where they lived for 25 years. Napa was the perfect place to raise their family, where the children were active in sports and activities in school, while Don and Kay were their biggest fans! While on a business trip to the Pacific Northwest (PNW) Don and Kay drove up to Seattle area looking for a place to retire and found Bellingham. A few months later, Kay retired from her Nursing career, they packed the moving van and headed to the Pacific Northwest.

The PNW was an area where Don could pursue his favorite activities of boating, and fishing on lakes, rivers, and ocean. While there they traveled, volunteered and became an important part of their community.  Don’s mother, June, moved to Bellingham along with his brother, Jim, and his family. This was Don’s favorite place to live, but time moves on and life changes and in April of 2020, Don and Kay moved to North Ogden, Utah. Two months later he was diagnosed with Angiosarcoma of the scalp. He fought his Cancer valiantly, but then chronic kidney disease took over his body. He was able to wish his wife a Happy 63rd Anniversary two days before his passing.

Graveside services will be held on Wednesday, March 9, 2022 at 11 a.m. at the Evergreen Memorial Park. Friends may visit with family on Tuesday from 6 to 8 p.m. at Lindquist’s North Ogden Mortuary, 2140 N. Washington Blvd.

To order memorial trees or send flowers to the family in memory of Don Surber, please visit our flower store.