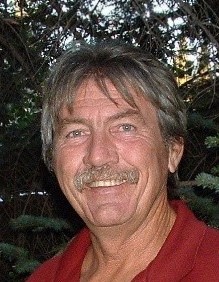 Our loving dad, grandpa, brother and friend passed away quietly in the morning on Saturday, October 16, 2021 with his daughters by his side.

Dick was born on October 7, 1950 to Floyd and Christabel Andrews. He was raised in Sunset, Utah and graduated from Clearfield High School.

Dick married his best friend and sweetheart, Pamela Sue Charlton, on August 8, 1969. Together they spent the next several years in Virginia while Dick served his country in the United States Navy aboard the aircraft carrier USS Enterprise.

Later Dick and Pam were blessed with two daughters, Heather and Kellie, who were the light of their lives, and whom he considered his two angels.

He worked at Hill Air Force Base as an accountant for many years. He took an early retirement at the age of 47 which allowed him to pursue a second career as a homebuilder. Dick took great joy in helping build homes for his daughters, family and friends. Through both careers Dick genuinely enjoyed the people he met and the relationships he built.

Dick loved the great outdoors. When he was younger, Dick enjoyed hunting, fishing and spending time with his grandpa Palmer. That love continued throughout his life with camping trips to Yellowstone, Carter Creek, Ogden Canyon and Flaming Gorge. Dick also enjoyed card games with the neighbors, walking his Harley dog, gambling at the casinos and golfing with his wife, friends, and sons-in-law whom he considered the sons he had never had. His greatest joy was his family. He loved barbeques, birthday parties, pizza nights, swimming, playing with the grandkids, great-grandkids and trying to solve all the world’s problems. Dick had a zest for life and a genuine love for people. He will always be remembered for his quick wit and humor.

Dick was preceded in death by Pam his loving and beloved wife of 52 years; his parents, Floyd and Christabel Andrews; his sister, Katy Wiseman and both sets of grandparents.

To order memorial trees or send flowers to the family in memory of Dick Andrews, please visit our flower store.