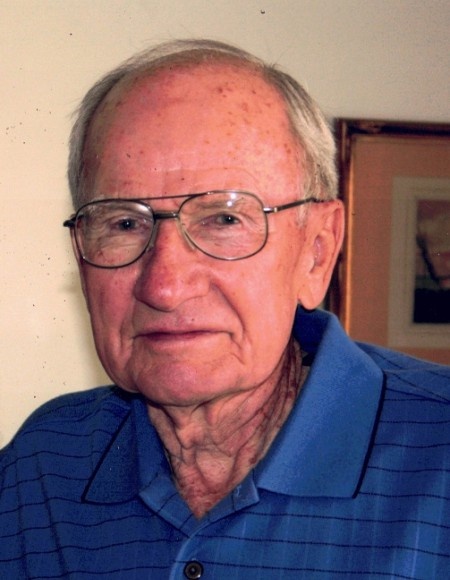 He was born on March 4, 1919, in Hyrum, Utah. He was the 3rd child of Donald J.  and Sarah Mabel Allen. Derral graduated from South Cache High School in 1937 and attended Utah State College.

In 1940, Derral joined the Army Air Corp. Trained in radio and control tower communications, he was stationed in Yakatat, Alaska, and Mokelia AFB, Ohau, during World War II. He was discharged as a captain at the end of the war in 1945.

Derral married Helen Tisch of Minneapolis, Minnesota, in November of 1945. In subsequent years, they would move from various cities across the West to accommodate Derral’s job as an air traffic controller and FAA supervisor. In 1957, they made Ogden, Utah, their permanent home. In 1975, after 30 years of service, Derral retired to enjoy life and travel the world with his wife Helen.

He was a devoted husband and father, an avid outdoorsman, and a gifted gardener.  His favorite moments were spent hiking in the mountains, fishing in a stream, camping in the wilderness, or tending to his garden. Derral had a fierce love for nature and instilled in his children the same passion for the wide-open spaces. Many of our memories of him center around a campfire, a trail, or a lake. He was an optimistic, friendly, and even-tempered man. We loved him dearly.

His children would especially like to thank Debbie Johnson and the staff at Inspiration Hospice, and the staff of Avamere at Mountain Ridge Memory Care who cared for our father in his final days.

Donations in lieu of flowers can be sent to Northern Utah Trails Foundation, tfnu.org; or, Utah Open Lands, utahopenlands.org.

To order memorial trees or send flowers to the family in memory of Derral Allen, please visit our flower store.