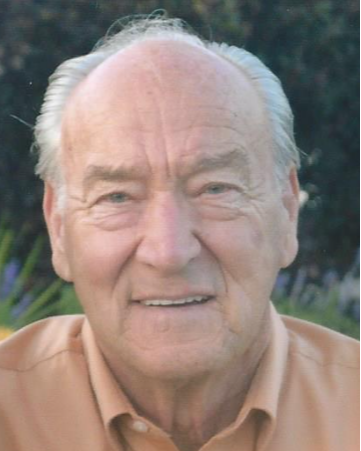 Dennis, son of Philip Justine Peterson and Myrtle Ellen Watson, was born April 2, 1935, in Uintah, Utah and was reared in Uintah, Morgan, and Peterson, Utah.

He met the love of his life, Beth Fullmer, in church and they were married in the Salt Lake Temple August 19, 1955. Their marriage of 67 years was one of growth and adventure. She meticulously took great care of Dennis throughout his life and was his primary care giver for many years in the comfort of their home. He referred to her as his angel.

They enjoyed camping, bowling, ATVing, boating, snowmobiling, traveling, and playing many card games together with family and friends.

He was an active member of The Church of Jesus Christ of Latter-day Saints holding many callings including Elders Quorum President and Ward Finance Clerk. He made sure he was an active participant in family blessings, baptisms, priesthood advancements, and temple sealings.

They were blessed with four children: Jeanette Ellsworth (Stan) of West Point, Utah, Brad Peterson (Laurie) of Peterson, Utah, Cindy Weyburn (Scott) of Roy, Utah, and Jeff Peterson (Letia) of Mantua, Utah. Together they have 15 grandchildren and 28 great-grandchildren.

He spent his career as a professional welder and business owner, having taught welding at Weber State College. He worked for the railroad before beginning his welding career at Utah Iron Works and then improved his welding expertise at The Boeing Company, having worked on the missile silo at HAFB.  In 1964, he and a co-worker started a business, Ace Sheet Metal in Roy, Utah.   After an arson fire that destroyed the building, they relocated to the Ogden Industrial Park.  The business name was later changed to Ace Fab & Welding. He spent many long hours growing his company, which is still in business almost 60 years later.  Dennis and Beth, along with a couple of other business partners, also owned and operated Berthana Roller Rink in Ogden, which brought family and friends many hours of fun.

They owned property in Sourdough, Utah where they spent many nights with family and friends camping, ATVing, and playing family competitive cornhole and horseshoes.  In his later years, he and Beth acquired a home in Yuma, Arizona where they loved to spend the winter months.

Dennis was brutally honest and an example to all, as well as an extremely hard worker and dedicated to his family, always wanting the best for them.

He was preceded in death by his parents, Phillip and Myrtle; his brother, Jerry; his sister, Sharon; a sister-in-law, Geneva; and a grandson, Jason. Dennis is survived by his children; grandchildren; and brothers, Glen (Kathy), Marv, and DeOrr (Ardath).

Many thanks go out to all his caretakers: Carie (Right at Home), Donita, Laura, Deana (CNS Hospice) and Aimee (Beehive Home Syracuse).  They cared for him like family and brought him much comfort.

Interment will be held Friday at approximately 12:30 p.m. at Lindquist’s Memorial Gardens of the Wasatch, 1718 Combe Road, South Ogden, Utah.

Condolences may be shared, and live-streaming of the services may be viewed by scrolling to the bottom of Dennis’ obituary page at: www.lindquistmortuary.com.

To order memorial trees or send flowers to the family in memory of Dennis W. Peterson, please visit our flower store.