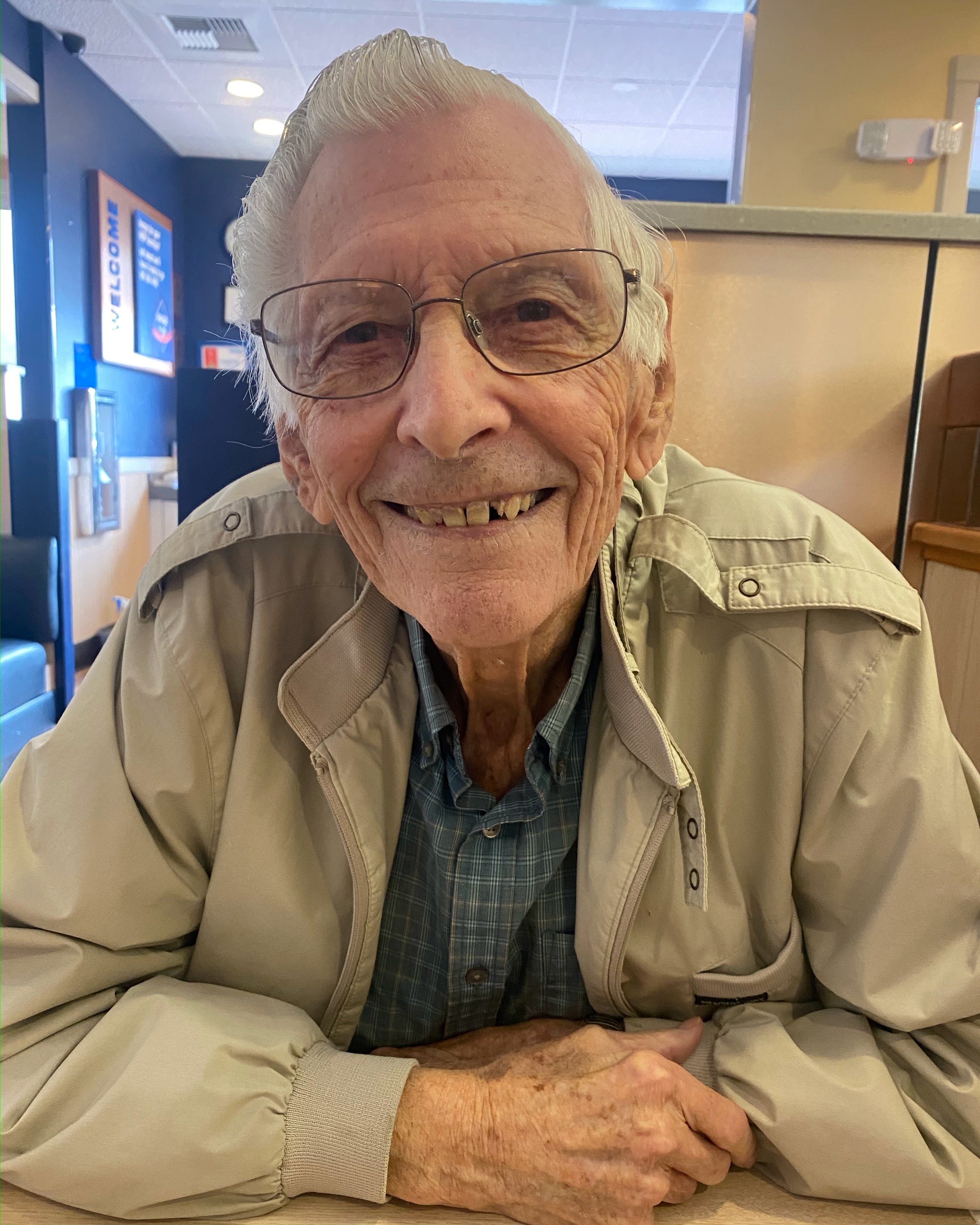 SOUTH OGDEN–DeLaine Henry Green, 93, completed his mortal journey and returned to his heavenly home on December 28, 2022. DeLaine was born December 16, 1929 to Lester Henry and Phyllis Newbold Green in Bluffdale, Utah.

DeLaine spent his youth in Bluffdale, Utah where he loved to spend time outdoors hunting ducks and pheasants with his friends. While in his teen years he and other youth from the ward would go to the state prison to play basketball and softball with the inmates. He graduated from Jordan High School. He served a mission for The Church of Jesus Christ of Latter-day Saints in the Eastern States.

DeLaine met the love of his life, Carol Jean Curtis, on a blind date and after a whirlwind romance were married in the Salt Lake Temple. They were the epitome of a happy marriage for 68 years until Carol’s passing.

He served in the Korean War and was stationed in Berlin, Germany where he was responsible for guarding many of the World War II men that were imprisoned for war crimes.

After his military service, DeLaine and Carol moved to Bluffdale and began to start their family raising five children. Work related promotions with Electro-Motive Division moved his family to South Ogden and Omaha, Nebraska and back to South Ogden where he resided until his passing.

DeLaine lived life with passion and always enjoyed whatever he was doing. He had an unparalleled work ethic and whether he was doing carpentry work, gardening or helping a family member or friend, he was always busy with a smile on his face. He had a great sense of humor and always had a positive outlook on life.

DeLaine had a great love for the Lord and was a dedicated member of The Church of Jesus Christ of Latter-day Saints where he served diligently in many callings including a member of the Bishopric, Bishop, and his last calling as the Stake Executive Secretary in which he served for 22 years. DeLaine genuinely loved people and loved those he served and served with. He enjoyed visiting with others and never meet anyone that he didn’t consider a friend.

He especially loved his family and would go to great lengths to do anything for them. He was a great storyteller and would engage others as his stories came to life but particularly about his boyhood dog, Flash, topping sugar beets, his first job at Sweet’s Candy or his military service to name a few. He was a true example of love, patience, and hard work.

DeLaine is survived by his son, Michael; daughter, Susan Carter; sons, Kevin (Trina), Brian (Dawn); his two sisters, Norlene Hughes, Vauna Curtis; and his brother, Ray Green. He is also survived by his 14 grandchildren and 19 great-grandchildren whom he dearly loved. He was preceded in death by his wife, Carol; daughter, Carolyn Wold and his sister, Myrna Turner.

Graveside services will be held on Friday, January 6, 2023 at 11 a.m. at the Bluffdale Cemetery. Services entrusted to Lindquist’s Ogden Mortuary.

To order memorial trees or send flowers to the family in memory of DeLaine Henry Green, please visit our flower store.