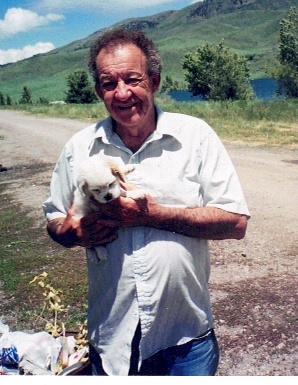 Dean Edward Robins, born October 15, 1931, in Ogden, Utah, to Ray and Nina Pippen Robins passed away on May 7, 2022. He lost his parents at a young age and was then raised in Layton, Utah, by his Uncle Melvin and Aunt Myrtle Robins. He served in the Army National Guard from 1951 to 1954.

Dean married Kay Nelson in 1957, together they had three children, they were later divorced. He then found his soulmate Darlene Stevens and her two sons.

He was employed by Peterson Motor Company in Ogden for 27 years. Dean then opened his own auto repair, paint and body shop on 29th Street in Ogden. He always had a great love of all things involving cars.

Dean also loved the outdoors and could be found camping and fishing with his many friends and family and spending time with his beloved dogs.

Dean is survived by his children, Lana (Michael) Hill, Blake Robins, Bryan (Misty) Robins, Tracey Nielsen, and Michael (Richanne) Stevens; 10 grandchildren, 20 great-grandchildren, and 1 great-great-granddaughter. He was preceded in death by his parents, his aunt and uncle, his three sisters, Shirley, Donna and Larae; his wife, Kay; and later his soulmate, Darlene.

The family would like to thank Hearts and Valeo Hospice with a special thanks to Karissa for their help and kindness during this time.

To order memorial trees or send flowers to the family in memory of Dean Edward Robins, please visit our flower store.