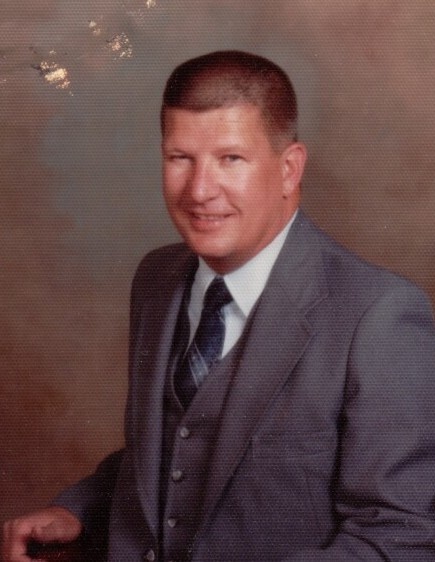 Married Jeniece Croft June 1953. Together they raised four children at their home on Dixie Avenue in Layton, Utah.

Graduated With a bachelor’s degree in 1958 from Weber College. Graduated in 1963 from the University of Utah with a master’s degree in Business Administration with a minor in Psychology.

Worked for the US Government at Hill Air Force Base, retiring after 42 years in 1989. His last assignment was as the Deputy Chief of Plans and Programs, where he was the coordinator for the Dugway and Utah Test and Training.  Post retirement, he sold Real Estate for several years at Barlow Realty.

After 47 years of marriage, his wife passed away from cancer in early 2000. Before she passed away, they enjoyed traveling and were able to go on many cruises throughout the Caribbean.

He married Lois Foster June 6, 2001. They resided in Syracuse UT until his death.  Throughout his life, he enjoyed spending weekends with his family boating, fishing, and camping. Dad and Lois enjoyed spending time in their RV at Bear Lake and the Uintah Mountains.  He was a Lifetime hunter and member of the NRA.

To order memorial trees or send flowers to the family in memory of Dean Kipp, please visit our flower store.