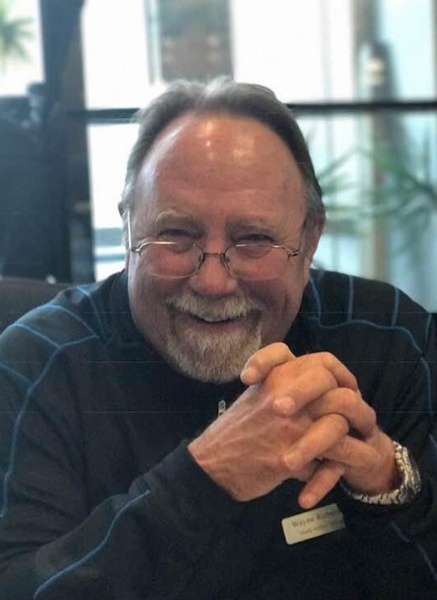 Wayne passed away, unexpectedly, at his home with his loving wife on Saturday, June 25, 2022 due to a heart attack brought on by cardiovascular disease.

Born a leap year baby on February 29, at Ramey Air Force Base in Aguadilla, Puerto Rico, the man known as Wayne, Wayner, Wayne-O, Honey, Pop, Pop-O, Daddy, and his very favorite…Papa, lived a very full and happy life surrounded by chaos, mischief, fun, adventure and lots and lots of love. His favorite, ongoing joke was watching others try to figure out when to celebrate his birthday on non-leap years - in 2020, his family enjoyed celebrating his 16th birthday with him!

Although the family was originally from Georgia, with his father in the Air Force, he spent much of his childhood moving to new places. He especially loved his time in Florida, Alaska, and Texas before their last move as a family to Utah. He loves his younger sisters and brother with all his heart and often shared funny stories of the trouble they got into from selling all their toys for spending money to burning down outhouses… if there was trouble to be had, Wayne would find it.

Wayne loved the outdoors. Whether golfing, camping, fishing, or working in his yard, it was outdoors where he found his peace. A car-guy, through and through, he always had an automotive project at his home to work on after a full day in the car business. He shared his love of muscle cars, rock music, scary movies, sci-fi, and old-school professional wrestling with his girls.

On January 1, 1980, he married the love of his life, Cheryl. They built a beautiful life for forty-two wonderful years in Layton, Utah. He had three daughters, Bridgett (parents, Ronda and Paul Forgette), Brittainy, and Kyrie, whom he protected fiercely and loved unconditionally.  He had two sons (don’t call them in-laws) Mike and Josh that he was so proud of and enjoyed being with. His five grand babies were his light and joy- Declan (16), Lochlan (12), Miken (8), Brittain (6), and Reagan (4).

He was our big grizzly bear with a heart of gold. He never met a stranger, they just didn’t know they were friends yet.

He’ll be remembered for his growly laugh, colorful language, his charm and whit, sarcasm, bad dad jokes (and maybe some naughty ones too), and the absolute and total love he showed everyone daily.

He was an incredible husband and father, an amazing grandfather, brother, uncle, and friend.

A casual, open house celebration of life will be held on Thursday, June 30 from 6:00-8:00 pm at the Bowery of the Evergreen Chapel, 2435 E Canyon Rim Drive, Layton, Utah. Please feel free to come to remember Wayne, share memories, and visit with his friends and family.

In lieu of flowers, Cheryl, Brittainy, and Kyrie ask that you take a child golfing, fishing, or to a movie, as they were Wayne’s favorite activities to do with his kids.

To order memorial trees or send flowers to the family in memory of David "Wayne" Roberson, please visit our flower store.