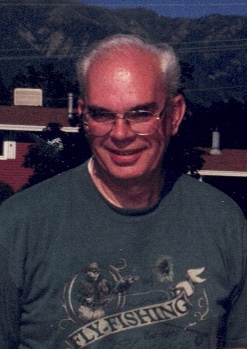 David B. Hurst, 82, passed away on Easter Sunday, April 17, 2022 after a brief illness.  He was born June 11, 1939 in Ogden, Utah to Leonard J. and Flossie Miller Hurst. He graduated from Ogden High School in 1957, attended the University of Utah, and earned an associates degree from Weber State College. He joined the U.S. Army Reserves in 1962.

David began his working career as a sorter in the mail terminal at the Ogden Depot, worked at both Hill AFB and the Air National Guard in Salt Lake City, and retired from HAFB's Civilian Personnel Office.

He enjoyed meeting and working with people from all walks of life and worked part-time as a Fuller Brush representative and mounted ski bindings at Wolfe's Sporting Goods. He served as a member of the Riverdale Planning Commission, as a board member of the Swan Canal Company at Bear Lake, and as a volunteer at Ogden Regional Medical Center. He was an active member of the LDS Church for many years and served in several callings.

When relaxing he enjoyed fishing, reading and collecting books, woodworking, and playing with several generations of lively dogs.

David is survived by his wife, Marsha; and two sons, Peter and Christopher. He was preceded in death by his parents and by his two brothers, L. Keith Hurst and Gerald L. Hurst.

The family would like to thank the staffs of Pine View Transitional Rehab, Stonehenge of Ogden, and Canyon Home Care and Hospice for their exceptional and compassionate care in the last weeks of David's life.

In accordance with David's wishes, a graveside service will be held at on Saturday, April 23, 2022 at 2 p.m. at Lindquist's Washington Heights Memorial Park, 4500 Washington Boulevard, Ogden. Services entrusted to Lindquist’s Ogden Mortuary.

In lieu of flowers the family suggests donations to a charity of your choice.

To order memorial trees or send flowers to the family in memory of David B Hurst, please visit our flower store.