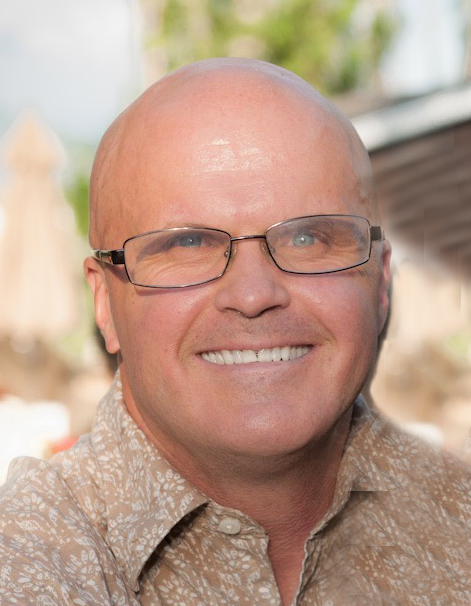 On Thursday, December 29, 2021, we lost a husband, father, son, brother, grandfather and best friend. David James Freston was born November 3, 1961. He was born at home. He was first to the party from day one.

Dave had many things in his life that he did well. As a young man he trained racehorses in California. When he came home he and his brother started a horse racing magazine called Western Racing News. Dave was instrumental in trying to get Para mutual betting legalized in Utah. While working on this, Orluff Opheikens asked Dave to come work for him. This began his career in construction management. He then went to work for Bodell Construction and worked for them for ten years. Dave currently works for Big D Construction as Director of Business Development.

In 1999, Dave converted to the Catholic Church. Dave loved the church. And had a deep devotion to St. Joseph and the Blessed Mother Mary. He prayed the rosary every day. Dave had many things he did in the church. He was a member of the Knights of Columbus. He served as a Eucharist minister. And for many years he taught RCIA. For the last year and a half he taught the conformation classes. He loved watching these young men and women find their love of God.

In 1988, Dave met the love of his life. He always joked “We met the old fashioned way, in a bar”. It was love at first sight for both he and Frankijo. They never had a day that they didn’t tell the other how much they love each other. Even if they were mad at each other. They spent 33 years together loving each other and raising a family. They have six kids and ten grandchildren. Some biological and some by love. But every one of them are deeply loved by their PaPa Dave.

The family wants to thank all of the nurses and doctors at the IHC hospital in Murray, Utah that helped make his last days the best they could possibly be. Especially his nurse, Mary.

Dave is survived by his best friend and wife, Frankijo; his six kids, Aaron (Karli), Christopher (Chelsea) Patrick, Mary, Grace, and Martin; his parents, Carol and Pat Ortega and Cyrus and Janet Freston; mother-in- law, Sharon Petrero; his bothers, Rick Freston (Cindy), Jon Freston ( Kate ) Sean Freston (June) and sister, Becky Crumbo; grandchildren, Valo, Violet, Jack, Charlie, Tristan, Ryan, Ryker, Raidyn, and Rylee. He is also survived by many nieces and nephews and by so many friends we can’t put them on here. Dave was preceded in death by his father-in-law, Pete Grieve, his granddaughter, Karizma Freston, and his brother-in-law, Kim Crumbo.

To order memorial trees or send flowers to the family in memory of David Freston, please visit our flower store.