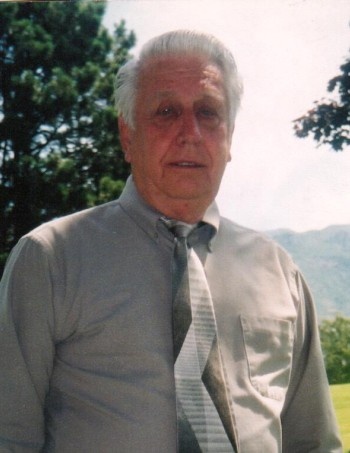 Darrell Henry “Hank” Hansen passed away peacefully at his home on November 21, 2021. He was born September 19, 1929, a birthday he would then share with his daughter, Glenna Le Hansen Pacheco, September 19, 1965, and a grandson, Adam Scott Barker, September 19, 1995. Hank was born in Ogden, Utah to Horton Hansen and Alice Charlotte Dayton.

He married Rhea Rae Gill on May 8, 1959, and later was sealed to his wife and three children, Darrell Scott, Shelley Rae, and Glenna Le on August 27, 1977, in the Ogden Temple.

He served in the Navy Reserve and served in the Navy during the Korean Conflict. He worked at IRS in the computer division for thirty years. He also worked with special needs students in the Ogden City School District for seven years.

His hobbies were hunting and fishing with his son, nephews, and grandsons. He loved tying flies for his fishing trips and for others. He loved going to Yellowstone with his wife, children, and grandchildren which they did at least nine times. Also, he and his wife square danced with the Quarter Promenaders for over 20 years.

He was preceded in death by his parents, Horton and Alice Charlotte Hansen; his sister, Veril Hansen; his brothers, Dean J. Hansen and Glenn D. Hansen; and his granddaughter, Alisha Hansen.

To order memorial trees or send flowers to the family in memory of Darrell "Hank" Hansen, please visit our flower store.