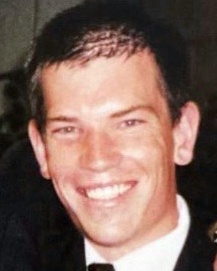 He was born at McKay-Dee Hospital in Ogden, Utah, on May 24, 1982, a son of Brian John and Leslie Hughes Beus. He grew up in Hooper attending Hooper Elementary, Rocky Mtn. Jr., and Fremont High.

He served in the Washington D. C. South, Spanish speaking mission for The Church of Jesus Christ of Latter-day Saints.

He was very intelligent and excelled in many things. One of his greatest loves in life was music. He sang in choir in high school and later in a Christmas choir with friends. He loved when he could hit a low bass note. He continued sharing his love for music by teaching his nephews, Oliver and Jace, piano.

Daniel often shared his love for those around him by service in the church, attending the temple frequently, and sacrificing his time and talents in technology. He was dedicated to his profession in computers, constantly being pestered by family to fix their computer problems. He worked for Mindfire, where his coworkers were truly friends.

He selflessly served as Elder's Quorum President in the Layton Single Adult Ward, Kayscreek Stake. It was there he experienced the happiest time in his life in his calling being surrounded by his friends. He was the most loyal friend, always putting everyone else before himself.

His dearest friend Kirsten Rash elevated his love and happiness by sharing her life with him, for which we will be eternally grateful. He loved his family, especially his nieces and nephews, with all of his heart.

To order memorial trees or send flowers to the family in memory of Daniel Brian Beus, please visit our flower store.