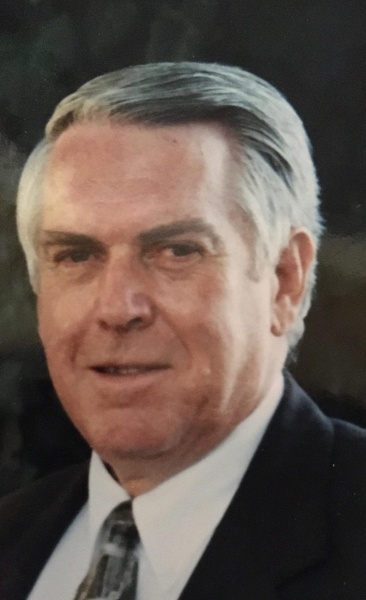 Dan graduated this life with high honors on Saturday morning, August 6, 2022 in Farmington, Utah.  Dan was born June 20, 1937, in Provo, Utah to Leda Grace Penrod and Jacob Meldon Hullinger.  He joined his sister Carol, and the family was later completed by two additional brothers, Hal and Ivan.

Dan spent his early years in the Provo area, attending Page Elementary and Lincoln High School and working at Allred Orchards.  After high school graduation, he faithfully served a two-year mission in the Western Canada Mission.  Upon his return home, he graduated from Brigham Young University with a degree in Physical Education.  While studying at BYU, he met Janeen Lou Jolley, who was working in the Agronomy Department.

Dan married Janeen Lou Jolley on November 18, 1960, in the Salt Lake Temple.  They are the parents of the self-proclaimed “fab four”: Shauna, Richard, Randy, and Lisa.  They were all his “favorite child”.

Dan proudly served our country as a member of the Utah National Guard.  For his professional life, Dan worked as the Executive Director of the YMCA in Seattle, WA and later in Klamath Falls and Roseburg, OR.  He was the Services Coordinator for the Klamath County (OR) Mental Health Division.  Dan worked for The Church of Jesus Christ of Latter-day Saints, Welfare Services Department, retiring after 25 years of service.  Throughout his life, Dan lived in Utah, Canada, Oregon, California, and Washington.

Dan loved serving in Church callings, including priest quorum advisor, bishop, stake high councilor and gospel doctrine teacher.  Alongside Janeen, Dan served at the Davis County Jail, welcomed new missionaries at the Salt Lake Airport enroute to the MTC, and served as Addiction Recovery missionaries for the Church of Jesus Christ of Latter-day Saints. Dan also served at the recommend desk at the Bountiful Temple.

Dan loved the outdoors, including hunting and fishing.  He was part of the crew that prepared the site for the radar towers on Francis Peak.  He used his heavy equipment operator skills to help build Interstate 15 in the Salt Lake Valley.  He could be found driving his pickup to Mirror Lake and Farmington Bay (and all points in between!) often with his grandkids.  He loved to drive from Farmington to Provo through Provo Canyon.  He enjoyed trips throughout the world, but Utah, Oregon and Canada were his favorite locations… wherever there were pine trees and rivers!  Janeen always said, “You can take the boy out of the country, but not the country out of the boy.”  He had an amazing sense of direction with which he consistently amazed his children and grandchildren.

He was preceded in death by his parents Jake and Leda, siblings Carol Kenner, Hal Hullinger, Ivan Hullinger, and his oldest daughter Shauna Lou Hullinger (and many other loved ones).

Funeral Services will be held Saturday, August 13, 2022, at the Beehive Chapel of the Church of Jesus Christ of Latter-day Saints, 1395 S. 200 E., Farmington, UT.  Visitation from 9:30-10:30 am, with the funeral service at 11:00 am.  Interment will follow at the Farmington City Cemetery.  Arrangements are under the direction of Lindquist’s Bountiful Mortuary.

The Christlike quality most admired by his family is the ability to see and minister to those in need.

Until we say “Yello” again.

To order memorial trees or send flowers to the family in memory of Dan Jay Hullinger, please visit our flower store.