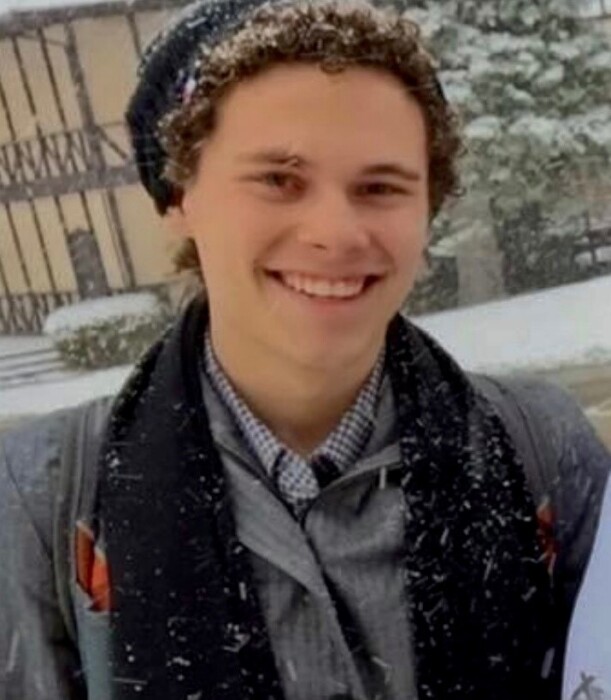 Dallin John Rigby, of Kaysville, Utah, passed away in his Salt Lake City apartment on September 18, 2021, at the age of 24 years old. He was born on July 7, 1997, at LDS Hospital in Salt Lake City, to Brian and Lisa Rigby.

We are saddened that  we lost our sweet goofy fun-loving Dallin. We miss him so much and are so grateful for all the love and support that has been shown to us. We are grateful for Dallin and the kindness he has shown throughout his life, and for the very sweet memories he left behind.

Dallin spent his first year in Centerville after which his parents moved to Kaysville where He was raised for most of his life.

From the moment he was born he was curious, taking in all the world around him. As he grew, his interests and curiosity increased, prompting his mother to enroll him in two preschools simultaneously to keep him from becoming bored. Being the fourth child of a total of six, with four brothers and one sister, he learned quickly how to wrap them around his little finger! A bit like Tom Sawyer, he was somehow always able to convince his siblings to do his chores in return for something they wanted. When he was young, he allowed his sister, who was the only girl, to dress him up in her old church dresses and have tea parties together! He always looked up to her as his "second mommy". He spent much of his spare time creating civilizations, stories, and structures all built with Legos.

As an adolescent, he took an interest in Magic and began practicing, to perfection, his sleight of hand and levitation skills to where he could perform for others. Everywhere he went, he was known for his wide crinkly-eyed grin which brightened everyone's day. Some supposed he must always be up to something but most often he was just laughing at a joke he had thought up or heard. He was full of life and always had love for his family and friends.

The next love, which quickly grew, was his love for technology. Dallin was always sharing new gadgets he had discovered and, as he grew older, learned the finer details of how to reprogram or fix anything electronic. He became so adept at his computer and phone skills that he marketed his help on KSL (and among friends) for years.

Per family rules, younger children couldn't have a phone unless they were involved in extra-curricular activities. Dallin wanted his first phone so badly that he tried out for his Jr. High Show Choir just to qualify for a phone. He earned his Eagle Scout Award at an early age, spoke Spanish (almost fluently), and played the piano beautifully.

Dallin loved learning anything and everything along with having deep discussions. He had a dream of becoming a doctor someday. He studied the sciences with Chemistry being his favorite. He even read Chemistry textbooks just for fun! He graduated as a Pharmacy Technician in a record time of four months from the DTC while attending Davis High School. Upon high school graduation, he attended Southern Utah University (SUU) on scholarship, where he attained an Associates' level education.

Dallin had an open mind for all people of many different backgrounds which helped him to make friends easily. He was respectful and very socially conscious, wanting everyone to be treated fairly. He was always reaching out to help others, even perfect strangers on the bus or wherever he was.

It was hard to resist his contagious zest for life. He had a tenderness toward animals and could never get enough of his dogs Teddie and Koda.

He was as classy as they come - he ate pizza with a fork while dressed in fancy slacks, button-down shirts, and polished shoes which he wore everywhere he went whether lounging at home or going to McDonald's. For Christmas one year, he even asked for PJ's that looked like a suit (reminiscent of "Barney” on "How I Met Your Mother") so he could wear nice clothes 24 hours a day!

Dallin loved many things …except nature! Because of his intense allergies, he used to say, " Why should I like nature- Nature's trying to kill me!"

Among his favorite things were Soda pop (for every meal- including breakfast!), Pie, Kobe Japanese restaurant, reading Brandon Sanderson novels, wearing an English flat cap, watching DC and Marvel movies and TV shows, and listening to Political podcasts and commentaries.

His family loved him so much and is so sad to lose him at such a young age. He had many challenges and dealt with them the best he could, always with his family's love and support. He will leave a big hole in their lives. Yet his family has great hope in God's plan of Salvation and their eternal bonds as a family. They take comfort in the fact that he is now safe and happy in the care of our dear Savior, where he can continue to progress toward light and truth. We love you, Dallin!

Dallin is survived by his parents (Brian and Lisa Rigby); grandparents:( Boyd and Carol Rigby), (Rodger and Connie Calder); siblings: Kelsey, Josh, Trevor (Chelsea), Drew (Alisa), and Carson, and many other caring relatives.

We are so incredibly touched by the love and support that has come our way as a Family.  Our Hearts are Full, and words cannot express the gratitude and love we feel for each of you !

Services will be live-streamed and may be viewed at www.lindquistmortuary.com by scrolling to the bottom of Dallin’s obituary page.

We would like to request that everyone please wear a mask. Also, if you'd like to, please wear a bit of red since that was Dallin's favorite color.

To order memorial trees or send flowers to the family in memory of Dallin Rigby, please visit our flower store.