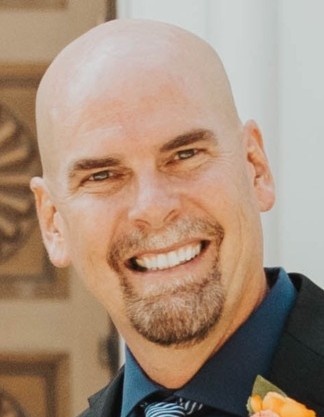 Dale’s childhood and teen years were filled with adventure enjoying entire days outdoors and late-night mischief with a close-knit group of friends.  His best friends were his siblings and some of his most cherished memories were the times he spent with them and often referred to their time living in Emigration Canyon as a time of life long bonding.

Dale married Joy Livingood on August 16, 1990 in Salt Lake City, Utah. Together they had three handsome sons: Mitchell (Janae), Caden, and Stryder. Dale was a loving father who was fiercely proud of each of his boys and their unique talents and personalities.  Nothing made Dale happier then to tell others about his boys’ most recent adventures and accomplishments.  He was incredibly proud of the good men they are becoming.

Dale was a natural athlete and from a young age enjoyed numerous sports. He enjoyed basketball, particularly playing early mornings and in city rec leagues for numerous years and enjoyed the friendships made on the court.  He was an avid Utes and Steelers football fan and during football season a good weekend was one where the Steelers and Utes won and the Cowboys lost. Dale especially loved the outdoors and golf, he said numerous times the golf course was one of the most spiritual places to be.

While theater was not his first passion, he grew to love watching his sons perform and tried to be to every performance (even the painful ones). He also spent many years coaching his sons in their sporting activities and was grateful for the time he spent with them on courts and fields. The best however was hearing him sing music from whatever shows his boys were in at the time, quite often with his own lyrics

Dale worked with kids for most of his adult life. First as a patient liaison at the Residential Treatment Center in Salt Lake City, and was currently a Counselor at Fremont High School. Dale loved his Fremont family and was always looking for ways to help kids who were struggling not only in school but also in their personal life.   He worked tirelessly to help many kids who were struggling to graduate, making sure they made it to the finish line no matter the cost.  During COVID he was particularly concerned about kids who were struggling and built cornhole boards for the counseling center so they could come have a mental health break. It should also be noted that he was very competitive, claiming the cornhole championship of Fremont High. He may have built the boards for the kids, but he played to win. He was loved and will be missed by many.

Services will be live-streamed and may be viewed by scrolling to the bottom of Dale's obituary page.

To order memorial trees or send flowers to the family in memory of Dale Gibb, please visit our flower store.