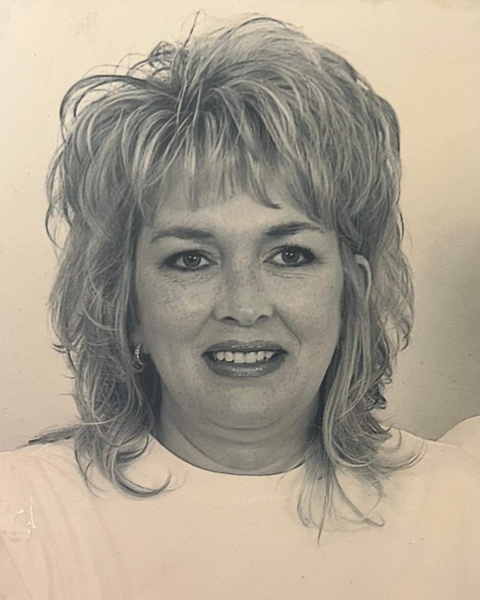 Cynthia Louise Gonter VanNoy returned home to the loving arms of her Heavenly Father on September 29, 2022. She passed suddenly from injuries sustained by a fall. She was the second oldest of seven children. Born to Jim and Dee Gonter in Chatearoux, France on January 17, 1960. Due to her father’s military career, she was able to travel to many places. This sparked in her a love of traveling and she was able to visit other states and countries in her later years.

Her greatest accomplishment was her four children, Heidi, Andrea, Peter and Ben. In return they blessed her with 13 grandchildren and 4 great-grandchildren. Her grandchildren were the light of her life. Between birthday parties, sleepovers, tea parties and holidays she looked for any excuse to spoil her babies.

Due to her intellectual nature, she worked her way up the corporate ladder. Her talent benefited companies such as Iomega and Northrup Gruman.

Cindy had a kind and generous heart. She would go out of her way to give to anyone in need. Cindy was extremely creative and talented. She had many hobbies and enjoyed planning parties, crafting, cooking, decorating, crocheting, and scrap booking. She blessed her family in numerous ways with her talents. One of her favorite pastimes was shopping. She had impeccable style. She was easily recognized by her bright red manicure and her fuchsia lip stick.

She will be lovingly remembered by those who cared about her the most, as Ninny, the Purple Queen.

In lieu of flowers, donations towards her funeral costs would be greatly appreciated.

To order memorial trees or send flowers to the family in memory of Cynthia Louise Gonter VanNoy, please visit our flower store.