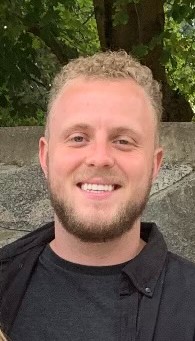 Our beloved son, brother, partner, grandson, uncle, nephew, cousin, and friend tragically passed away on November 14, 2021 in Park City, Utah.  He was born in Salt Lake City on June 10, 1996 of loving parents, and three doting brothers.

Connor grew up in Centerville, Utah, and had an idyllic childhood. He attended Viewmont High School where he was an excellent student and graduated in 2014 with an academic scholarship towards his future university studies. He was an Eagle Scout. He served an LDS mission to the Chile, Concepcion South Mission where he discovered and shared the gospel of Jesus Christ and learned how to unconditionally love and serve his fellow man.  He attended Utah State University earning a bachelor's degree in Psychology in 2020.  His short career was spent helping others by working in human resources.

Connor was the best son a parent could ask for.  Always willing to help with any task, great or small: from the dangerous chore of hanging Christmas lights to the unsolicited clearing of the dinner table. He was the little brother who always wanted to tag along and emulate. His brothers are so proud of the little brother they helped raise. Connor deeply loved his partner, Courtney, who was a devoted and caring sweetheart.  He was fiercely loyal to his brothers, cousins, and friends, whose relationships he always lovingly nurtured and deeply cherished. Connor was a favorite of his nephews and future nephews - he simply loved spending time with them and they adored him.

Connor's amazing smile lit up every room he entered. His blue eyes and beautiful, blonde, curly hair were adorable.  He had a kind, thoughtful, compassionate and loving soul.  His ever-present confidence, melodramatics, and humorous charm made being with him so much fun. His natural leadership was the impetus behind many gatherings of family and friends.  He brought us together for so many fun and wonderful times, and so sadly this one last time.

Connor was a talented athlete and was an accomplished lacrosse player at Viewmont High School and played on many club teams.  He dearly loved his "lax" brothers. He also spent countless hours gaming with his brothers, cousins, and friends, the time of which will now be cherished.

There are no words to express how deeply Connor will be missed by the many lives he touched.

Interment will follow the funeral services at the Bountiful City Cemetery.

To order memorial trees or send flowers to the family in memory of Connor Clay, please visit our flower store.