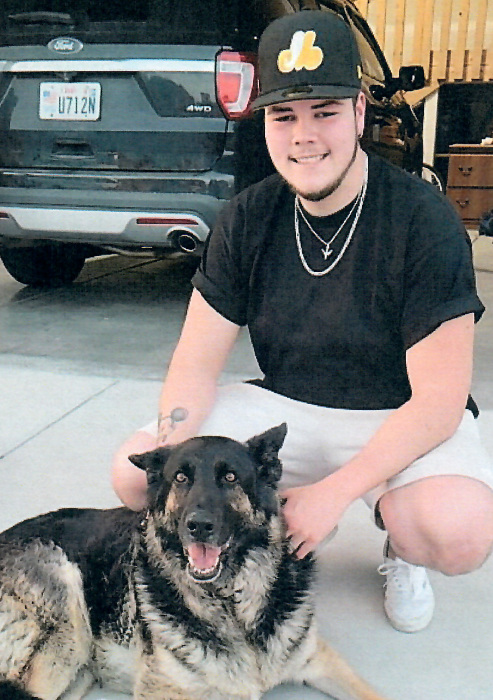 He grew up enjoying the beach, pools, soccer, baseball, football, lacrosse, cars, dogs, food and his family. Let’s be honest, food should have been listed first. He loved his ma’s cooking the most, it was comfort food. Even though his ma always followed his Mimi’s recipes, Chris always said it tasted better when his Mimi made it.

He is survived by his mama and (step)daddy, Alison and John Farris; sister, Annabelle; grandparents, Jerry and Fran Jester (NC), Brent and Liisa Cull (NC), Eric Madsen (FL), Robert & Lynn Farris (CA), Max & Donna Boston (NM); uncle, Andrew Jester (FL) (cousins Amber, Kenny, Charlotte, Thomas and Jack). He had so much more family all across the US - cousins, aunts and uncles - too many to list. Chris was also blessed with a large bonus family in Utah and California. He is survived by two brothers, Michael Taylor (Anna) and Derek Taylor, and a sister, Somer Taylor. He was the most amazing Uncle Biggie to Zayden, Echo and Axton Taylor. He was much more than an uncle to Zayden and Echo, he was a daddy to them. He always said that he was never having kids, but his Ma always told him “well kids had you”….Zayden and Echo were his whole world, they chose him. In the Taylor family, he had grandparents, aunts, uncles, and cousins. His Canadian family included grandparents, aunts & uncles and cousins.

He worked as a carpenter, although everyone knew he was meant to be a comedian. He loved being outdoors - camping, hammocking, spending time at the lake, snowboarding and corn hole.

Chris was the life of every party, the center of attention – even if that was only because he was the largest one there. He brightened every room he walked in to. He was selfless, helpful, encouraging and had the biggest heart. Although his time on earth was short, he touched so many lives, he never met a stranger. To know Chris, was to love him.

He had an infectious smile and a contagious laugh. He claimed to ‘hate’ his ma’s jokes, but he was quick to be reminded that his jokes were just as funny as hers. They were two of a kind. Chris was more than just a son to Alison, they were best friends. Every time he met someone new, he would tell them “you have to meet my mom”. Because of this, Alison has a long list of kids that are near and dear to her heart.

One of Christopher’s most favorite people in this world was his little sister, Annabelle. He asked for her Christmas of 2005 and she was born August 2006. They fought like any siblings do, but they had unbreakable bond and he would do anything for her.

When Chris entered heaven he was reunited with his dad, Neal Madsen and his most favorite dog, Sam.

My Son - It broke my heart to lose you, but you did not go alone. A part of me went with you, the day God called you home. A million times I’ve thought of you, a million times I’ve cried. If love could have saved you, you would have never died. His love will live within me and I will always weep, for my son I loved so dearly, but yet I could not keep.

In lieu of flowers, please be kind to one another, check on your loved ones, and always make sure they know you love them. Let’s do what we can to raise Suicide Awareness.

To order memorial trees or send flowers to the family in memory of Christopher Madsen, please visit our flower store.