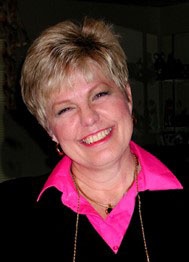 Christine Olson passed away on December 28, 2021, at home in Bountiful, Utah.   She was the oldest daughter of Albert Leonard and Dorothy Hulet Mickelson.  She was raised in Powell, Wyoming and graduated from Powell High School in 1966.  She spent two years at the University of Wyoming where she participated on the University debate team.  In 1968 she married Michael E. Johnson in the St. George Temple and moved with him to the Chicago area where he pursued a Ph.D. and she completed her B.A. at the University of Illinois at Chicago.  They were divorced in 1978.  That same year she received her Ph.D. in Transportation Policy Analysis from the University of Illinois at Chicago and the following year married Milton Pikarsky.

Christine pursued a career in transportation initially in Chicago as the Director of Research for the American Public Works Association and later in New York City  and New Jersey  as Director of Planning at the Port Authority of NYNJ and then as Assistant Commissioner of the New Jersey Department of Transportation.    She subsequently accepted positions at the U.S. Department of Transportation in Washington D.C., first as the Director of the Joint Program Office for Intelligent Transportation Systems.  There she participated in the early research associated with self-driving vehicles and other associated safety technologies, GPS navigation, and electronic traffic control. She then served as Assistant Administrator of Operations in the Federal Highway Administration and finally as Director of Field Services for the 18 Western States.  The latter position moved her to the Salt Lake City area.  Christine loved the challenge of her work and often commented that she was lucky to be paid for doing something she loved.

She was widowed at a fairly young age in 1989 when Milton Pikarsky passed away quite suddenly.   In 1993, she married Dale H. Olson in the Salt Lake Temple.  They enjoyed 28 happy years of marriage until Dale’s passing this past June.  In 2002 they moved to Bountiful, UT where they made their home. This marriage gave her the opportunity to be a grandmother to 12 step grandchildren which she said was one of the ultimate joys of her life.   She was also a devoted aunt to 8 nieces and nephews.   In her retirement Christine enjoyed writing life stories for neighbors and friends.

She had a strong testimony of the gospel of Jesus Christ and was active in the Church of Jesus Christ of Latter-day Saints.   She is predeceased by her parents, Dorothy and A.L. Mickelson,  and her brother, Bruce Leonard.   She is survived by her other three siblings Albert O. Mickelson, Valorie Swensen and Tamara Lindstrom.

To order memorial trees or send flowers to the family in memory of Christine Olson, please visit our flower store.