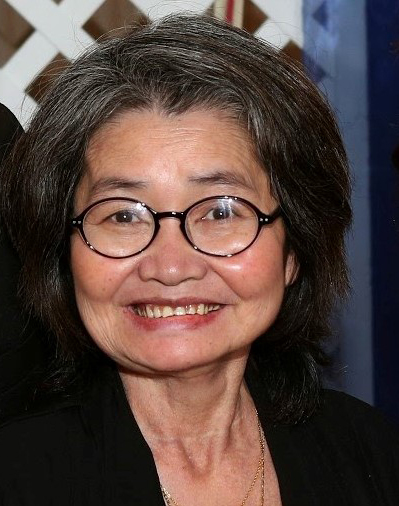 Chieko Thomas, 62, loving daughter, sister, mother, and grandmother passed away peacefully in Bountiful, Utah on October 6, 2021. Chieko was born in Okinawa City, Okinawa, Japan on August 6, 1959 to Yoshiko and Seikichi Tamaki. She was the oldest of 4 children. Chieko was deeply loved by those around her and will be sorely missed.

Chieko met and married Gregory Thomas in 1979. They were blessed with five children, who she is survived by: Janett (Richard), Riyo (Jenny), Sasha (Hannah), Candy (Olin), and Blair (Bubbles). Chieko is also survived by her parents, siblings, and 6 grandchildren: Takashi, Kenshin, Tosan, Kotaro, Lilly, Kaito, and countless nieces and nephews.

Chieko loved to cook. She had an immense talent for crochet and had the determination to create crochet dolls that were loved by those who received them. Chieko folded origami often and could even create shapes out of tiny pieces of paper. She loved those around her very much and dotted affection upon them, even in her later years. Chieko accepted and loved openly, and never turned someone away when they wanted or needed a hug. Her contagious smiles and laughter will be remembered and missed.

This beloved matriarch was preceded in death by her husband, Gregory Thomas. In lieu of flowers, the family asks that you instead donate to St. Jude’s hospital.

Our family would like to thank all of the healthcare workers who helped to take care of Chieko over the years, especially Dr. Gregory Almony and his team at Northern Utah Cardiovascular Associates.  Care entrusted to Lindquist's Bountiful Mortuary.

To order memorial trees or send flowers to the family in memory of Chieko Thomas, please visit our flower store.