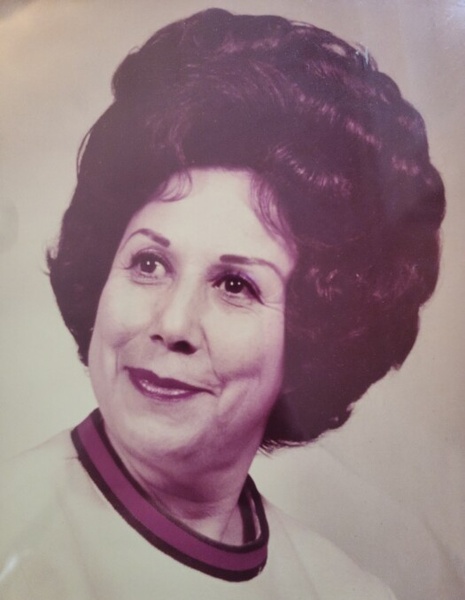 NORTH OGDEN–Charlotte was born October 8, 1922 in Pagosa Junction, Colorado, the daughter of Santiago and Arminda Archuleta. She was the second youngest of five children, Frank, Joe and Pablo passed away many years ago; her younger sister, Delfina “Della”, raised three children in California and passed away about five years ago. With Della’s passing our mother became the last living child of the Santiago and Arminda Archuleta family.

Charlotte married Joe R. “Ross” Trujillo in 1955 and Ross assumed the responsibility for a readymade family of Marie Irene, Pete, Gabriel and Alex Perea. Our mother was a child of the depression era and worked hard to provide for her children. Ross also provided for their children. They struggled through the 50’s but Ross continued to advance at Hill Air Force and by the 60’s, their children had all the essentials. Though Charlotte only had a fourth-grade education, she was self-taught and read well beyond the 4th grade level.  Gabriel and Alex are the last children of Charlotte, and she will be sorely missed.

Funeral services will be held on Wednesday, December 15, 2021 at 2 p.m. at Lindquist’s Ogden Mortuary, 3408 Washington Blvd. Friends may visit with family on Wednesday from 12:30 to 1:45 p.m. at the mortuary. Interment, Ogden City Cemetery.

To order memorial trees or send flowers to the family in memory of Charlotte Trujillo, please visit our flower store.