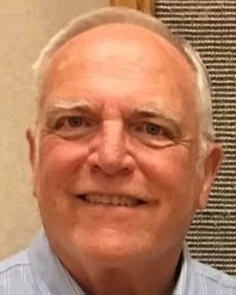 Charles (Chuck) Wheeler was born October 28, 1949 in Ogden, Utah to Earl and Andrea Wheeler, their only child and their pride and joy.  He grew up in Ogden, Harvester, Missouri and Farmington, Utah.  Chuck graduated from Davis High in 1967, then attended Weber State until enlisting in the U.S. Navy and proudly serving in Viet Nam as an aviation electrician aboard the aircraft carrier USS Oriskany.

In October of 1970, a friend gave his address to a girl from Roy, a few letters where exchanged, and he came home for Christmas and dated Susan Allington for 2 weeks.  Upon returning to his ship, he thought about it and called her "collect" on February 18, 1971 and asked her to marry him. They saw each other about 7 times between that date and their wedding day, February 12, 1972.  They were married 2 months shy of 51 years at his passing.

Chuck and Susan are parents of 3 great kids and 8 wonderful grandkids.  He was looking forward to marriages and some great-grand-kids.  Chuck loved his grandchildren more than anything on this earth.

Chuck worked at Hill Field where he loved his work and the men he worked with.  After retirement he kept in touch with those men at the "Old Guys Lunch" at Golden Corral every month.

A talented man, he loved guitars, Susan asked him often if a man needed than many guitars, especially after he bought that little pink flowered one.  Many a campfire found him entertaining the family, always with a request of "When We Gonna Get Married". He was always an actor, always a clown.  He acted in many plays at Weber State, Pages Lane, and Heritage Theatre.  Susan was in one with him and never let him live down the fact that she was the last to bow.  He had always told her that the most important cast member "bowed last".  He met so many longtime friends through the theaters.  He did have 2 favorites, Cinderella (where got to put on those yellow high heels and those false eyelashes) and playing alongside his nephew BJ in Charlie's Aunt.  Chuck met a great friend while serving in the North Davis Special Needs Mutual. They hit it off right away and the two of them formed Ivory and Frets and entertained so many.

A member of the Ogden Boat Club, he enjoyed camping, visiting, friendships, and singing around the campfire.  Susan and Chuck loved their years of Square Dancing with the Ace of Clubs and the Red Hots.  So many fun times with those wonderful friends.

He couldn't wait for the day they would head down to their little house in Wellton, Arizona.  Again he made long-lasting friends.  He was that kind of guy, made friends everywhere.

There was a routine in his home every morning. He would sit down in his favorite spot and text a "good morning" to his kids, eat two slices of toast and jam while playing 3 rounds of Zilch with Susan (they had to pay 25 cents for a loss), and then watch The Young and the Restless.  Susan is really going to miss this routine.

Chuck is survived by Susan, his children Jodi (Trent) Fusselman, Jami (Patrick) McFarland, Jon (Amy) and Kenai his precious fur daughter.  Eight very loved grandkids Madison, Tyson (Emily), Marina, Riley, Will, Andy, Kelcee, and Maggie.  Many in-laws that he loved and admired.  He was preceded in death by his parents, Father-in-law Ben Allington, and grandparents.

A special thanks to Dr. Stephanie Olsen and Dr. Darin Checketts for the care and friendship given him, and to the Layton City First Responders for their fast response and the compassion they showed.

Those who wish to attend please dress however you are comfortable.  That is what Chuck would have wanted.

To order memorial trees or send flowers to the family in memory of Charles (Chuck) Wheeler, please visit our flower store.