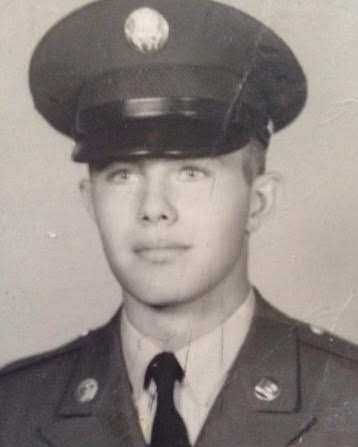 LAMBSON-Cecil Glenn II, of Gallup New Mexico, died at the age of 73 at the Veteran Affairs Medical Center in Salt Lake City, Utah on the 15th day of September, 2022 with his children and numerous grandchildren at his side.

Although born in N.M., from kindergarten thru the 5th grade, Glenn grew up in Prescott, A.Z. He lived a “bigger than life” childhood after his father became successful in the business of real estate. They eventually bought a 2 acre rancho on Thumb Butte Road just on the outskirts of Prescott. He was blessed with a lifestyle that “any young boy in A.Z. would envy” back in those days. The family owned chinchillas as well as horses among many other animals. Glenn loved to ride his horses around the Thumb Butte loop. One of them was a “very mean” white Shetland pony that he named Sugar Foot, as well as a big black horse that the family called Blackie. He rode Blackie in the 4th of July parade when he was 10 years of age. His parents dressed him up as ‘Pancho Villa’ for the festivities, complete with spurs, chaps and a Cheyenne Singing Saddle rifle! He was given the 2nd place prize for the best dressed cowboy in that parade, which paid him 25 dollars and a big red ribbon! The red ribbon is still being passed around to this day, but the 25 bucks?? Gone, within two drops of horse dung! Glenn attended various other events as a youth on the weekends with his horse Blackie, including many Grand Entry’s for differing rodeo’s. He also rode Hereford calves in those same rodeos and was always “the best dressed cowboy down in them buckin’ chutes”. He loved swimming and fishing. He enjoyed to adventure and search for arrowheads and pottery. He even learned how to ‘block’ his own cowboy hat! And while indeed he loved his horses, he also loved the game of baseball and played every single year of little league until he moved away.
“Living in Prescott was glorious! A boy really couldn’t ask for a better place to grow up.”

At the age of 12, Glenn and his family moved to a place in northeastern New Mexico. Here he would find his next passion in life as a youth. Rising 750 feet out of the desert landscape, a mountain known as HUÉRFANO. “It was all so cool! No other white boy my age had ever landed in paradise like that…..I loved that mountain!”  During this time as a young boy in New Mexico, his dad had bought him a new Grulla horse. She was a “really pretty little mare” and he named her, Lady. Mouse colored with a black tail and mane. With his horse and his Remington single shot 22 rifle that his dad had given to him, he could take off and go just about anywhere he wanted. “SWEET SWEET SWEET!”

Glenn also loved to run and quickly became one of the fastest runners in his school. Only David Palmer was faster, and together, they both won the very first Presidential Physical Fitness Award given to a student in his school. Put out in the mid 1960’s by president Lyndon B. Johnson with the aim to empower youth to adopt and maintain a healthy lifestyle.
Even as a youngster, there was one thing of which Glenn was certain…”I knew I would (and wanted to) be a soldier and I knew that I would go to war.” Lo and behold, in October of 1966, just 3 months after his 17th birthday, he joined the Armed Forces of the United States of America. His childhood suddenly became a record of the past and life as an adult was imminent. Not only did he become a man, but a soldier, a warrior and a hero. Upon his passing, he was awarded the Presidential Memorial Certificate by a grateful nation in recognition of devoted and selfless consideration to the service of our country in the Army of the U.S.A.
After Glenn’s honorable discharge of his service in the Army, he embarked upon a life of hard work. Sunrise to sunset and never-ending calluses, blood and scars on his hands as he sacrificed unselfishly just to keep his family fed. They weren’t always gentle, soft and kind, but let’s make no mistake, there was always love in that man’s hands.

What we leave behind is not what’s engraved in stone monuments, but what is woven in the lives of others.
Heaven was needing a hero, somebody just like him!
So now, dad…..GO AND GET YOUR CROWN!

Glenn was preceded in death by his son Noah Gene, wife Carol Ann Lucero and both mother and father, Cecil Glenn and Ernestine Lambson. He is survived by 4 children; Eli, Joshua, Rachel and Charity, 15 grandchildren as well as 3 great grandchildren.

To order memorial trees or send flowers to the family in memory of Cecil Glenn Lambson II, please visit our flower store.