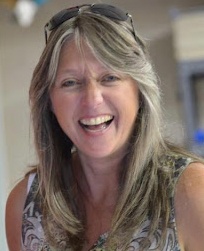 Carrie Lynn Mizar, née Baldwin, of Hooper, Utah, passed away at home on February 03, 2022 surrounded by her loved ones following a courageous battle with cancer.

Carrie was born December 3, 1967, in St. Louis, Missouri. She was a determined and strong woman, proudly serving her country in the Air Force during Operation Desert Storm, as well as service in Korea. She then chose to continue her service as a civilian for the Air Force at Hill AFB in various roles. She was a talented cook and adored all animals, particularly horses. Carrie loved to chase adventure in the Wilderness and watch sunsets on any beach, her family will forever treasure memories of riding in the Camaro, with the top down singing along to the radio chasing adventure right alongside of her.

Carrie is survived by her husband, Anthony Mizar; her son, James Robert Eck Jr.; her parents, Marvin and Harriet Baldwin. She is preceded in death by her grandparents, Harry and Beatrice Cummings; and her dog, Diana.

Her family would like to give a heartfelt thank you to the nurses, CNA’s, doctors, and all other staff at Huntsman’s Cancer Institute, University of Utah Farmington Infusion Clinic, Canyon Home Health and Hospice and Amada Senior Care. A memorial will be planned and held at a later date by her son, James.

In lieu of flowers the family requests you use the money you would spend on a donation to a charity of your choice in Carries’ memory as that is what she would have wanted.

To order memorial trees or send flowers to the family in memory of Carrie Mizar, please visit our flower store.